Minister for Agriculture Simon Coveney has said serious issues need to be addressed in relation to the discovery of horse and pig DNA in frozen beef burgers.

Mr Coveney said the priority for his department and the Food Safety Authority is to find out the source of the material used.

Speaking in the Dáil, he said a number of ingredients in the contaminated products were imported.

There is no evidence that these ingredients were imported deliberately, he said.

The Food Safety Authority has said there is no risk to health from the products, which were on sale in Tesco, Dunnes Stores, Lidl, Aldi and Iceland.

All implicated batches of the burgers have been removed from supermarket shelves.

They were produced at two Irish processing plants, Liffey Meats and Silvercrest Foods, and one plant in the UK, Dalepak Hambleton.

One burger from the Silvercrest meat processing factory in Co Monaghan was found to contain 29% horse meat.

However, most of the finds from the Irish factories were relatively minute.

Mr Coveney told the Dáil that one producer had withdraw ten million burgers from sale because of fears of horse meat contamination.

ABP Food Group, which is the parent company of Silvercrest Foods, said it took the matter "extremely seriously" and apologised for the concern it has caused.

The company said it had never "knowingly bought, handled or supplied equine meat products" and only buys meat from licensed and approved EU suppliers.

It said it had centred its investigations onto two suppliers and would conduct spot checks in an attempt to find the origin of the horse DNA.

Meanwhile, Meat Industry Ireland, an IBEC representative group, said the sector has taken a hit in terms of confidence the horse DNA discovery.

Its director Cormac Healy told RTÉ's Drivetime that there was an awful lot of testing going on in the industry but the focus is usually on hygiene.

He said, Meat Industry Ireland is very concerned about the situation, as regards reputation.

Earlier, the Dáil heard further details about the chronology of events leading up to yesterday's announcement.

He said first samples were taken in mid-November by the FSAI and more testing at the end of the month led to samples being sent abroad for analysis.

On 21 December, the Department of Agriculture and the FSAI took samples of ingredients from some processors in Ireland.

Those results were received by the FSAI on Friday and the department was told on Monday afternoon.

The Cabinet was told by Mr Coveney yesterday in advance of the results being made public.

The minister said the FSAI and the Government had waited until they had the full facts before informing the public of the test results.

He said there was no food safety issue involved and they needed to be sure of the content of the burgers involved before going public.

Fianna Fáil leader Micheál Martin said the reliability of food labelling has been put in doubt by the revelations.

Mr Martin said that those buying cheaper meat products were entitled to the same food safety and traceability assurances as those able to afford expensive cuts.

The Irish Farmers' Association has called for more rigorous testing of third party products introduced into the food chain during meat processing.

IFA President John Bryan said farmers would expect that given the huge effort made to ensure full traceability of Irish meat from birth to slaughter, that rigorous controls would be in place to ensure food was not contaminated during processing.

The Director of Consumer Protection with the Food Safety Authority of Ireland earlier said the contamination of beef burgers with horse meat was more than likely accidental.

Speaking on RTÉ's Morning Ireland, Raymond Ellard said there was no evidence of widespread subterfuge or ill practice where someone tried to substitute horse meat for beef.

Mr Ellard said a thorough investigation is under way, and the two companies involved have good traceability records.

He said: "We know the companies do not buy or handle horsemeat. So if this happened, more than likely it's been accidental."

Bord Bia Chief Executive Aidan Cotter described the discovery as deeply disappointing and said it was important to get to the bottom of it.

However, he stressed that Ireland's food industry is subject to some of the most rigorous controls in the world, and believed this would reassure customers.

He said that 90% of Irish meat exports to Europe are unprocessed 100% pure fresh Irish beef.

Mr Cotter said Irish processed beef products are primarily consumed in the UK and Ireland, with very little of it exported to Europe.

The European Commission said it has been informed of the issue.

However, it said that its role is limited because the situation has not become a public health issue.

Tesco has apologised to its customers following the discovery of horse meat in some beef burgers on its shelves.

It has now withdrawn the implicated products, which were produced by Silvercrest Foods.

Tesco Technical Director Tim Smith said: "Our investigation of the supplier will cover in great detail exactly what happened, who was responsible for it and just exactly how long this has been going on.

"It is critical we get to the bottom of those facts to ensure that it never happens again.

"There are really only two ways this could happen. One of them involves illegality by suppliers, or suppliers to those individual suppliers, or gross negligence, in which case we are still very keen to get to the bottom of this."

He also said the company will not be taking products from that producer until the investigation has reached a satisfactory conclusion.

McDonalds has confirmed that its meat products are not affected by the recent revelations. 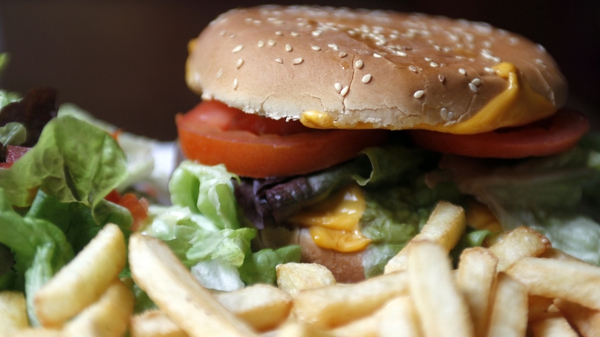