Taoiseach Enda Kenny has said the Government's "immediate focus" during Ireland's presidency of the EU would be to secure a deal on the Anglo promissory notes.

Mr Kenny said he hoped a deal could be concluded before the 31 March deadline for the next repayment.

He was speaking following a meeting with President of the European Council Herman Van Rompuy at Dublin Castle.

The Taoiseach said the Government would not lose sight of the "scale of our bank debt" during the six-month presidency.

The meeting was the first key event of the presidency and was also attended by Tánaiste Eamon Gilmore.

When asked directly if he supported a deal on Ireland's bank debt, Mr Van Rompuy said: "I am not party to the discussions."

However, he added: "I hope there will be a positive outcome."

The Tánaiste said the Government would bring forward proposals during the presidency relating to the EU banking union.

He said these would have a bearing on the prospect of the ESM being used to alleviate Ireland's bank debt.

Mr Gilmore said the necessity of separating banks and sovereigns and of establishing Ireland as a special case was agreed at the summit of EU leaders last June.

Mr Kenny also said that it would be disastrous if the UK were to leave the EU.

He said Britain was an essential member of the EU and had played a fundamental role in the creation of the single market.

However, Mr Kenny said that any attempt to change EU treaties to suit one member would open the floodgates to claims by other member states.

Mr Van Rompuy said that he did not foresee any changes to EU treaties this side of the European Parliament elections in 2014.

He also said he hoped there would be agreement on the seven-year EU budget at a summit in February. 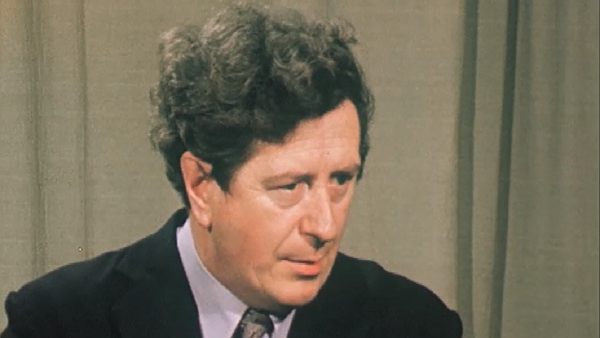