Mr Brahimi said it was no better than previous failed initiatives.

"I'm afraid what has come out is very much a repeat of previous initiatives that obviously did not work ... it's not really different and perhaps is even more sectarian and one-sided," he told the BBC.

"The time of reforms granted magnanimously from above has passed. People want to have a say in how they are governed and they want to take hold of their own future."

Meanwhile, the United Nations World Food Programme has warned that 1m Syrian people are going hungry because of the country's civil war.

The programme has been providing food assistance to over 1.5m people a month since September.

Greg Barrow, head of the WFP's Liaison Office in London, said: "We are reaching 1.5 million people a month but we could and we should, if conditions were right, be reaching a further million, who we estimated do need food assistance, at this particularly difficult time in the conflict, during the middle of winter."

The agency is particularly concerned about young people and the elderly.

It is estimated up to 4m people have been displaced from their homes because of the violence, with over 500,000 people crossing the border to live in refugee camps.

Mr Barrow said: "It could be many months at this point in time before many are ready to go home. We have to see an absolute end to this conflict. We have to see reconstruction.

"People will be very, very anxious about the conditions over the border in their home country. Many will be reluctant to go back unless they have assurances that they are going to be safe."

Separately, Syrian rebels have freed 48 Iranian hostages in exchange for the release of more than 2,000 civilian prisoners held by the Syrian government.

"The 48 Iranians have been released and are being taken to Damascus, accompanied by Iranian and Syrian officials," Bulent Yildirim, head of humanitarian aid agency IHH, said.

He said the release of the civilian prisoners had begun in return. 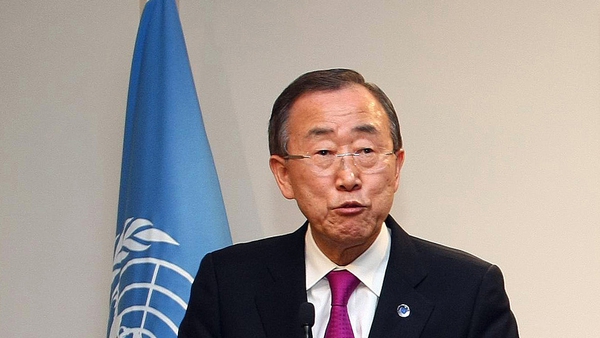