The Bar Council of Ireland has said it will not appear before the Oireachtas Health Committee on the abortion issue tomorrow.

A source told RTÉ News that it was having difficulty finding a way of expressing the widespread views that exist within the 3,000 member body.

The Council later said it had not formally accepted an invitation to appear before the hearing.

However, committee chairman Fine Gael TD Jerry Buttimer said his officials were adamant the Council had agreed and were to name their team yesterday.

Earlier, the committee heard that up to 15% of all pregnant women in Ireland present with mental health problems, but there are only three psychiatrists specialising in the area.

The committee heard from the masters of two of Ireland’s large maternity hospitals on the first of three days of hearings on the abortion issue.

Master of the Rotunda Hospital Dr Sam Coulter-Smyth said problems with mental health was one of the most common issues in pregnancy.

He said that on the basis of UK figures, only one woman in 500,000 would actually take their own lives.

In relation to his own hospital, Dr Coulter-Smith said there were five to six cases a year where the pregnancy had to be interrupted to save the mother's life.

He told TDs and Senators that any legislation in the area needed to be concise, but flexible enough to allow for medical advances.

Master of the National Maternity Hospital Dr Rhona Mahony said she was offended by suggestions that women might fabricate thoughts of suicide to justify asking for a termination.

She said there was an urgent need to clarify the legal situation to protect both patients and the medical profession.

Professor Fionnuala McAuliffe of the Institute of Obstetricians and Gynaecologists said her Institute's belief was that in all cases where there is a requirement of termination of pregnancy or premature delivery in cases like suicide, heart disease or lung disease, that two obstetricians and specialist registered psychiatrist should be involved in the decision.

She later acknowledged that this went outside the options presented in the Expert Group's report.

Prof McAuliffe said she was not aware of a maternal death because of a failure of obstetricians to act. However, she said the Institute said there was a need for a strong legal framework.

The priority was to deliver first line medical services.

The committee heard submissions from three psychiatrists working in the area of maternal mental health.

While there was sometimes conflicting views from the three, all agreed that suicide in pregnancy is very rare.

Dr Anthony McCarthy from the College of Psychiatry Ireland said that much of the public debate regarding the risk of suicide in pregnancy has been simplistic, sometimes harsh and judgemental and often misinformed.

Professor of Psychiatry at UCD Patricia Casey told the committee that in her opinion suicide risk as a grounds for abortion should be excluded from the X case legislation.

Professor Veronica O'Keane of Trinity College Dublin said however that the X case was the most obvious example of a risk of suicide that was real and substantial, and could only be averted by abortion.

All three psychiatrists were asked if legislation would open the floodgates to abortion.

Dr McCarthy said he did not believe it would because the regulations would be too narrow.

However, Professor Casey said she felt it would lead to widespread abortion within a short period of time.

While Professor O’Keane said legislation should not be ruled out simply because it could be abused.

The Government said this week's proceedings will help to shape legislation and regulations on the issue, which it hopes to bring forward shortly.

Hearings are set to run from 9.30am until 7pm as a range of groups give their views.

The main lobby groups on either side of the argument, as well as the main churches, will have their say on Thursday.

The Catholic hierarchy ruffled some political feathers with the robustness of its arguments so far, and the note the bishops strike in their submission is keenly anticipated.

Meanwhile, Tánaiste Eamon Gilmore has said he disagrees with Pope Benedict’s statement expressing dismay that efforts are being made to introduce legislation on abortion in some countries.

The Tánaiste said women in Ireland are entitled to more than understanding and mercy, as the Pope put it, and they are entitled to have legal clarity where their life is at risk.

He said the Government has already made the decision to legislate and introduce regulations to deal with that.

However, sitting alongside Mr Gilmore, Minister of State Lucinda Creighton said she was not clear the Pope was suggesting for a second that women are not entitled to legal clarity.

She said the position of the Government is clear and she hoped legal certainty will be enshrined in legislation in the near future.

Taoiseach Enda Kenny has said that as head of the Catholic Church Pope Benedict is "perfectly entitled to make his comments" on the abortion issue.

Speaking at a news conference in Bavaria following a meeting with the Christian Social Union, Mr Kenny said: "What we're about is not introducing legislation for abortion but to introduce regulations which apply to a situation which has been determined from 1861, where the offences against the person act set out the penalties for persons who carried out what were termed illegal miscarriages.

"What we need... is understanding, respect, and dignity about the hearings that are now going to take place."

He said the Government would create a framework to provide legal certainty to medical personnel to make decisions where the life of the mother is threatened, and to provide regulations to restrict a move to abortion on demand, particularly in the case of the question of where suicide is involved. 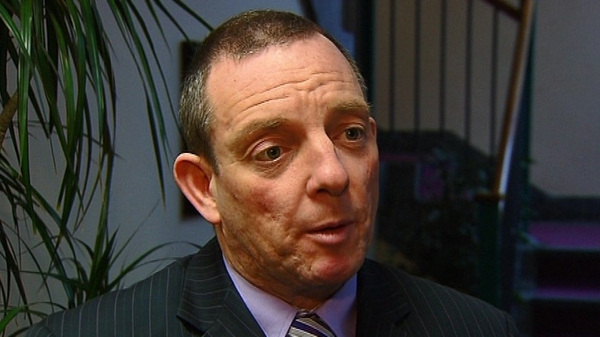