Malala Yousafzai, the Pakistani girl shot in the head by the Taliban for promoting girls' education, has been discharged from hospital.

Queen Elizabeth Hospital Birmingham officials said that the 15-year-old will be treated as an outpatient.

However, she will be readmitted for further cranial reconstructive surgery either at the end of the month or in early February.

The teenager was airlifted to Britain from Pakistan to receive specialised medical care.

Experts have been optimistic that Malala has a good chance of recovery because the brains of teenagers are still growing and can better adapt to trauma.

Dr Dave Rosser said her medical team decided she would benefit from being at home with her family.

He said: "Malala is a strong young woman and has worked hard with the people caring for her to make excellent progress in her recovery."

Malala was returning home from school in Pakistan last year when she was shot.

The teenager is likely to secure permanent residence in the UK after her father was granted a job with the Pakistani consulate in Birmingham.

Ziauddin Yousafzai has been appointed education attaché for three years, with the option of an extension for a further two years afterwards.

Both he and his daughter have had threats made against their lives by the Taliban since the shooting. 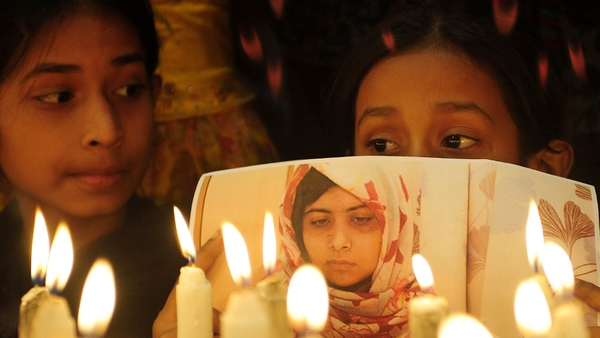 Girls shot by Taliban return to school in Pakistan