The Pakistani Taliban has outlined conditions for a ceasefire, including the adoption of Islamic law, a spokesman has said.

However, a senior government official described the offer as "preposterous".

The Taliban, in a letter printed by the Pakistan daily The News, also demanded that Pakistan stop its involvement in the war pitting Afghan insurgents against the Kabul government and refocuses on a war of "revenge" against India.

The letter comes as the focus in Afghanistan shifts from a military push by NATO troops to potential peace talks, and amid speculation of a rift between top Pakistan Taliban leaders.

The militants accused Pakistan's army of acting as "mercenaries" for the US.

The conditions, confirmed by spokesman Ihsanullah Ihsan in a phone call to Reuters, also said Pakistan should rewrite its laws and constitution according to Islamic law.

The spokesman said: "We are ready to cease fire with Pakistan as long as they meet our demands, that an Islamic system should be put into place, they should fix their foreign policy and stop agreeing to American's demands."

NATO troops are due to hand over control of most operations in Afghanistan to Afghan forces next year and officials have been eager to start peace talks with the Taliban there.

But the Taliban insurgency in both Pakistan and Afghanistan is fragmented and senior commanders often disagree with each other over strategy.

Meanwhile, the Pakistani Taliban have seized at least 22 men from a paramilitary force in attacks on three checkpoints in northern Pakistan, a regional official said, but Taliban and other Pakistani sources put the number even higher.

At least 22 men were missing, two had been killed and one was injured after the overnight attacks, said Naveed Akbar, a regional official whose remit covers the paramilitary units.

Other Pakistani officials said at least 30 men had been taken, a figure confirmed by Taliban spokesmen. 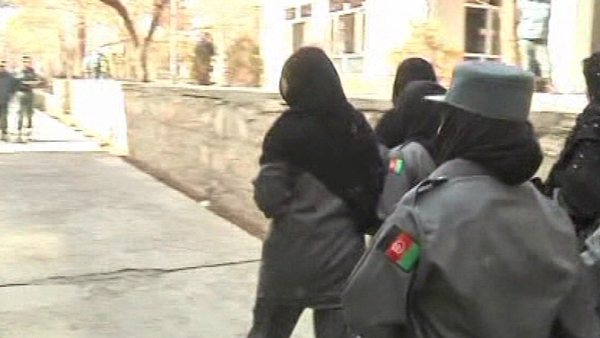