Pope Benedict XVI has delivered his twice-yearly ‘Urbi et Orbi’ blessing and message to tens of thousands of people gathered in St Peter's Square and millions across the world.

He also condemned the slaughter of the "defenceless" in Syria and urged Israelis and Palestinians to find the courage to negotiate.

Delivering Christmas greetings in 65 languages, Pope Benedict used the Biblical analogy of the "good soil" to underscore his view that the hope represented by Christmas should never die, even in the most dire situations.

"This good earth exists, and today too, in 2012, from this earth truth has sprung up!

In his virtual tour of the some of the world's trouble spots, he reserved his toughest words for Syria, Nigeria and Mali.

"Yes, may peace spring up for the people of Syria, deeply wounded and divided by a conflict which does not spare even the defenceless and reaps innocent victims," he said.

"Once again I appeal for an end to the bloodshed, easier access for the relief of refugees and the displaced, and dialogue in the pursuit of a political solution to the conflict."

"May the birth of Christ favour the return of peace in Mali and that of concord in Nigeria, where savage acts of terrorism continue to reap victims, particularly among Christians," he said.

Late last night, the pontiff presided over a Christmas Eve mass in St Peter's Basilica, where he urged people to find room for God in their fast-paced lives filled with the latest technological gadgets.

"Do we have time and space for him? Do we not actually turn away God himself? We begin to do so when we have no time for him," he said.

"The faster we can move, the more efficient our time-saving appliances become, the less time we have. And God? The question of God never seems urgent. Our time is already completely full," he said.

He said societies had reached the point where many people's thinking processes did not leave any room even for the existence of God.

Elsewhere, thousands of Christian Pilgrims attended Christmas Eve mass at the Church of the Nativity in Bethlehem, which is built on the spot where believers say Jesus was born. 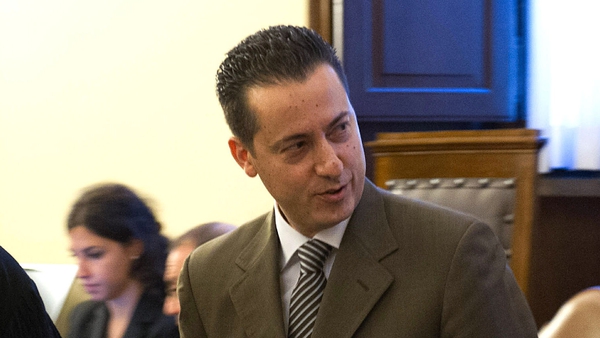