Two petrol bombs were thrown at police in Northern Ireland last night, but protests over the flying of the union flag were largely peaceful.

The PSNI dealt with more than 50 protests within an hour last night as commuters were heading home from work.

Officers encountered some minor incidents in the Lower Newtownards Road area where petrol bombs were thrown at them, but there were no injuries.

A PSNI spokeswoman said: "Most of the protests were peaceful."

Demonstrations have been continuing since the start of the month against Belfast City Council's decision to reduce the number of days the union flag is flown from the city hall. 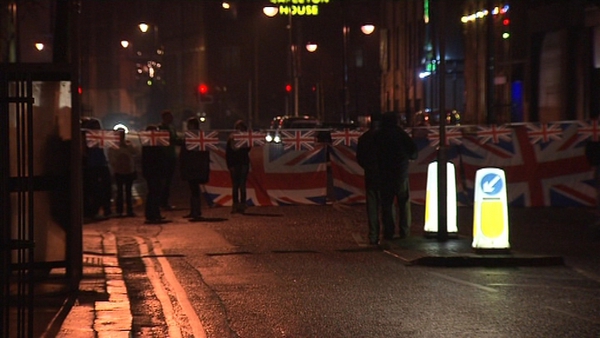