Minister for Communications Pat Rabbitte has said he is a bit taken aback by the vigour of the language used by the bishops in a joint statement regarding legislating for abortion.

He was reacting to comments by Bishop of Kilmore Leo O'Reilly that the Government's decision to introduce legislation and regulations on the abortion issue is the "first step on the road to a culture of death".

Mr Rabbitte said he was surprised at the intervention at this stage because he said the legislation had not yet been published.

He said he was not sure how you could make what he described as “that kind of strident intervention” without seeing the legislation.

Asked what he thought about calls for TDs to have a free vote he said the Government had made it plain that the normal system, which had been in operation since 1922 will continue to apply.

He said he had no objection to the bishops having an input. However, he said he did not want to see them dictating to legislators.

Commenting on the matter, Minister of State Brian Hayes said that the last thing we need right now is extreme language.

He said that it was very important for Bishop O'Reilly and the hierachy of the Catholic Church that they wait and see what the Government is proposing when the legislation and regulations that follow it are presented to the Dáil.

He said the idea that some kind of abortion culture or abortion regime will follow the enactment of the legislation was fanciful is his view.

He added that we all need to hold our counsel as to such time we see the legislation and said he thought over reactions or intemperate or extreme language by any one group including the hierarchy does not help the matter right now.

Bishop O'Reilly said the proposed legislation to deal with the X Case judgment would open the door to the most liberal kind of abortion.

The 1992 Supreme Court judgment said that a real and substantial threat to the life of the mother should be taken into account.

Speaking on RTÉ’s Morning Ireland, Bishop O'Reilly said it would mean that the "careful balance" between the life of the mother and the equal right to life of the unborn child would be "fundamentally changed", and would pave the way for the intentional killing of unborn children.

He said: "Legislating for the X Case not only would legalise abortion, but for the very first time in Ireland, it would inevitably lead to the most liberal kind of abortion.

"This would be a radical change in the culture of life that we have had here in this country - and let's not make any mistake about it - it would be an irrevocable change, there would not be any going back.

"And that, we believe, would be the first step on the way to what Pope John Paul has called a culture of death."

Bishop O'Reilly said even if the intention is to have very limited abortion, it inevitably leads to a more liberal regime.

He said: "You cannot legislate for limited abortion, especially if the threat of suicide or of mental health grounds are considered grounds for abortion."

He also said the Government should have followed the guidelines or regulations option outlined in the expert group report on abortion.

Bishop O'Reilly said: "One of the recommendations that the expert group made was the path of guidelines, of regulation.

"They have decided not to follow that path and we believe that is profoundly wrong because if you bring in abortion, even if the intention is to have very restricted abortion, experience shows that it will lead to more liberal abortion."

The bishop also said that TDs should be given a free vote on the issue.

Speaking on the same programme, Patricia Casey, Professor of Psychiatry at UCD and the Mater Hospital, said she was concerned at the Government's decision.

She said: "I've no difficulty with clarity for the management of medical conditions, but I draw the line at the inclusion of suicidality as a ground for abortion, so I disagree with that."

However, Dr Peter Boylan, former Master of the National Maternity Hospital in Holles Street, said the Government's decision to introduce legislation and regulations on abortion is a welcome one.

He said: "I would welcome it, in a word. I think it is the right way to go.

"We need to have some clarity on how we can act within our hospitals to save women's lives and that basically is what this is all about. It is about saving women's lives."

Speaking on Today with Pat Kenny, Ms Bacik said to suggest that suicide risk is going to bring in abortion on demand in Ireland is "far-fetched". 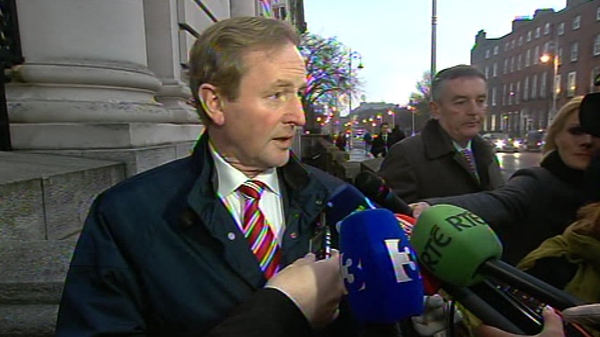 Govt confirms 'legislation with regulations' on abortion based on X case