The Second stage of the Social Welfare Bill has been carried by the Seanad by a comfortable majority.

The Upper House voted by 34 votes to 22 following promises by the Minister for Social Protection Joan Burton to consider submissions from voluntary organisations on how they might provide additional caring services to older and vulnerable people.

She also said she agreed with many comments made during the debate about the inadequacy of respite services and undertook to consult with Ministers James Reilly and Kathleen Lynch about how this might be addressed.

Fianna Fáil's Senator Brian Ó Domhnaill called the 19% cut to the Respite Care Grant as "a step too far" and appealed to senators on the Government side of the House to vote against the Bill which gives effect to welfare cuts contained in the Budget.

Earlier Labour's Senator James Heffernan who had refused to declare his position said he would be supporting the measure despite the unfairness of the across-the-board cuts in Child Benefit.

He agreed with his party colleague John Whelan that Labour needs to apologise to the electorate for failing to deliver on the promise to spare the payment, and on other promises that ultimately it could not deliver on in government. 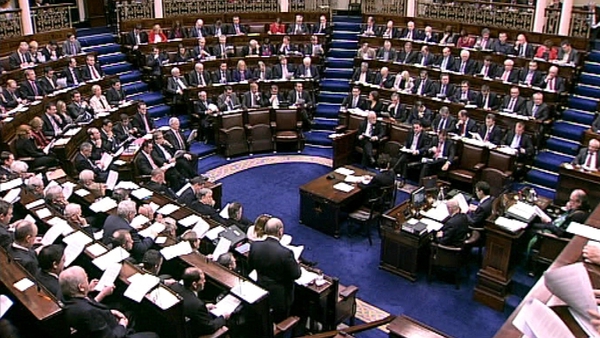