Labour leader Eamon Gilmore has said his party will not “shirk its responsibility” when it comes to taking tough and unpopular decisions to solve the economic crisis.

Speaking on RTÉ’s This Week, the Tánaiste said there were ”no soft options” and that Labour members had the courage to see the job through.

He also said he was confident there would be a resolution to the Anglo Irish Bank promissory note issue ahead of the payment deadline next March.

Meanwhile, a Labour Senator has said he was not convinced that he could vote in favour of the Social Welfare Bill when it comes before the Seanad on Wednesday.

Senator James Heffernan from Limerick said that he had "concerns about blanket cuts" to the Child Benefit payment.

Earlier, Senator Denis Landy said is deliberating on whether or not to vote in favour of the Social Welfare Bill.

The Labour senator said he is consulting members and his supporters.

He said his key issues were cuts to child benefit and the Respite Care Grant.

Mr Landy is one of three Labour Senators who are reported to be considering their voting intentions on the bill.

He said the Seanad Labour group will be meeting Minister for Social Protection Joan Burton on Tuesday and he would listen to what she had to say.

He added that he had not sought a meeting with the minister. 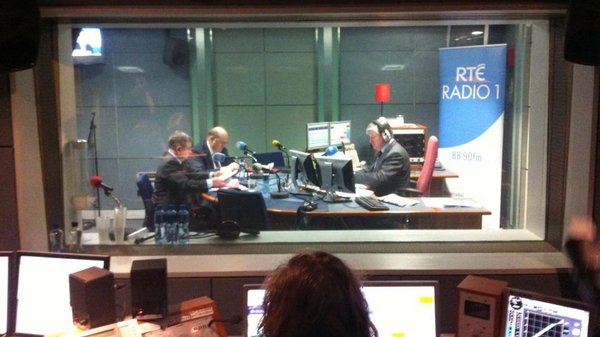