The United Nations Security Council has failed to agree on a response to North Korea's missile launch, although it has condemned the action.

The President of the UNSC, Morocco’s Mohammed Loulichki, said the launch was a clear violation of Security Council resolutions 1718 and 1874.

The United States says Pyongyang will face "consequences" for the launch, calling it a "highly provocative act that threatens regional security".

The US and its allies view the launch as a disguised ballistic missile test.

As well as developing a nuclear weapons test site, North Korea has pushed ahead with what it says is a civil nuclear programme.

At the end of November, the International Atomic Energy Agency said the construction of a light water reactor was moving ahead and that North Korea had largely completed work on the exterior of the main buildings.

North Korea says it needs nuclear power to provide electricity, but has also boasted of its nuclear deterrence capability and has traded nuclear technology with Syria, Libya and probably Pakistan, according to US intelligence reports.

It has described its nuclear weapons programme as a "treasured sword". 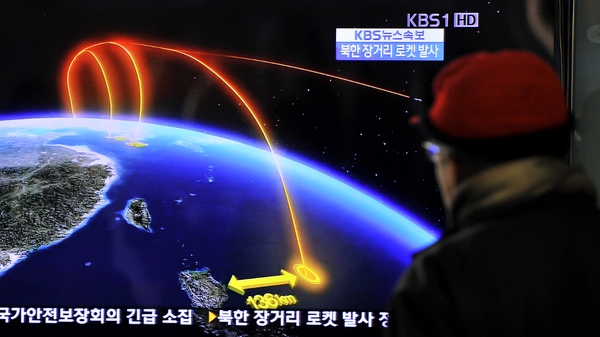