Venezuelan President Hugo Chavez has made a televised address to his nation, announcing that his cancer has returned.

Mr Chavez said that he would be undergoing further surgery in the coming days.

He also said for the first time that if his health were to worsen his successor should be the country's vice-president.

The 58-year-old president has already undergone three cancer operations since the middle of last year.

Supporters prepared to gather in city squares across the South American country, shocked and saddened by the news from the socialist leader.

Mr Chavez made the announcement in a late-night broadcast from the presidential palace.

This is viewed as  the clearest sign yet that Mr Chavez's health problems could spell an end to his time at the helm of the OPEC nation.

He said supporters should vote for Vice-President Nicolas Maduro if a new election had to be held.

Speculation about Mr Chavez's health had grown during a three-week absence from public view.

His disappearance culminated in his latest trip for medical tests in Cuba - where he has undergone three cancer operations since June 2011.

He returned to Venezuela on Friday after those tests, and is due to have the operation in Cuba in the next few days.

Mr Chavez said he had rejected the advice of his medical team to have the surgery sooner, on Friday or this weekend, telling them he needed to fly back to Venezuela to seek the permission of politicians to return for the operation. 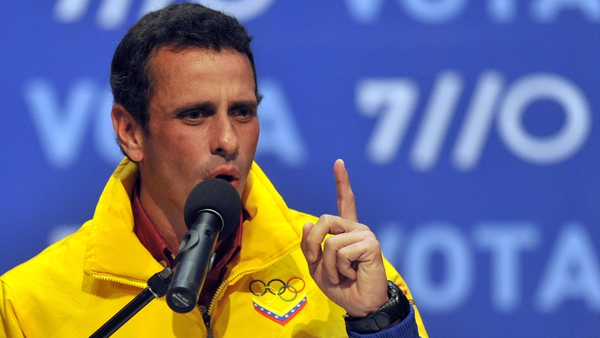