A 29-year-old has been arrested in connection with an incident where a man died after he was hit by a bus in Dublin city centre.

The man is being questioned at Pearse Street Garda Station.

Earlier gardaí said they were searching for two men in connection with the death at the junction of Dawson Street and Nassau Street yesterday.

Gardaí believe the victim was involved in a confrontation at around 5.40pm and either fell, was punched or pushed on to the road where he was hit by a bus.

The man, who has not yet been identified but is thought to be in his 20s, sustained severe head injuries and died at the scene.

Gardaí are treating the death as suspicious and have appealed to anyone with information to contact them.

They have also spoken to a number of witnesses and are gathering CCTV footage from the shops, businesses and city council cameras in the area.

Dublin Bus is also carrying out an inquiry.

A spokesperson said the bus driver was treated in hospital for shock, but no passengers on the bus were injured.

A forensic examination of the scene was carried out this morning.

The left turn from Dawson Street onto Nassau Street has reopened after earlier diversions. 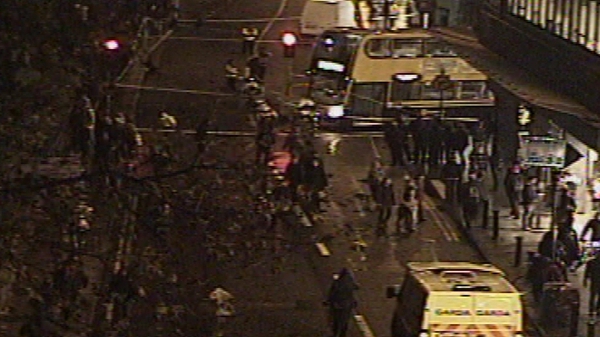