Syrian forces have bombed rebel targets close to the Damascus airport road and a regional airline said the violence had halted international flights to the capital.

The clashes are around Aqraba and Babilla districts on the southeastern outskirts of Damascus, which lead to the international airport.

Internet connections and most telephone lines are down for a second day.

This is the worst communications outage in the 20-month-old uprising.

The rebels have been making gains around Syria by overrunning military bases and have been increasing attacks on Damascus,
President Assad's seat of power.

A resident of central Damascus told Reuters he could see black smoke rising from the east and the south of the city this morning and could hear the constant boom of shelling. 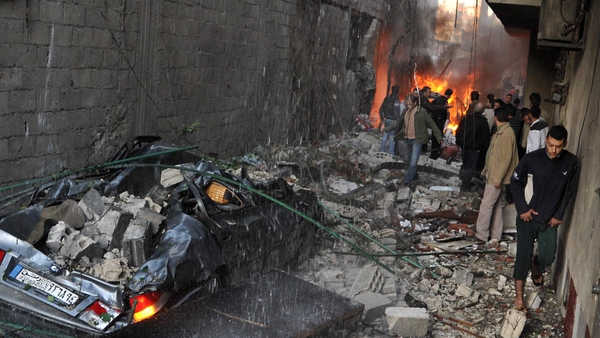 At least 34 killed in Syria blasts