A report on ghost estates has found that there are 1,770 unfinished housing developments around Ireland.

According to the progress report from the Department of the Environment, over 1,100 of these estates are in a "seriously problematic condition".

Minister for Housing and Planning Jan O'Sullivan said the focus remains on resolving these developments.

However, she said that some of them are "commercially unviable".

Ms O'Sullivan said a small number of developments will have to be demolished because of the build quality and lack of demand for homes in those areas.

The areas most affected include the Midlands and border regions.

Minister O'Sullivan said her Department is working towards having a plan in place by the end of spring next year.

She said she hoped that the sites would be returned to some beneficial use.

According to the report, 296 developments were resolved in the past 12 months.

Speaking later on RTÉ's News at One, Ms O'Sullivan said there was some good news in that the number of unfinished housing developments had fallen from around 2,900 in 2010.

She said "We're very conscious of the stress on families living in these estates.

"We want to make final decisions on whether they can be completed and released to the market or used for other purposes, or in the small fraction of the 1,770, it may well be that the most sensible decision is to clear the site and return it to some beneficial use." 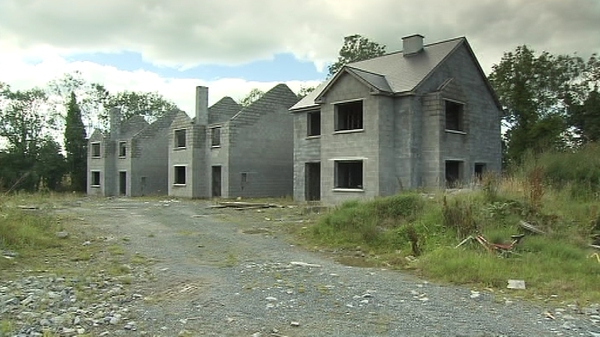