The Emir of Qatar embraced the Hamas leadership of Gaza with an official visit breaking the isolation of the militant Palestinian Islamist movement.

Israel said it was "astounding" that Qatar, a US-allied Gulf state would take sides in the Palestinian dispute and endorse Hamas.

The emir had "thrown peace under the bus", an Israeli spokesman said.

The Gaza Strip on the Mediterranean coast, is all but cut off from the world, under blockade by Israel and Egypt by land and sea to obstruct the import of arms and military equipment.

In the occupied West Bank, the Palestinian Authority of President Mahmoud Abbas said it hoped the visit would not undermine efforts to rebuild Palestinian unity.

It also said it hoped it would not signal approval for a separate Palestinian territory in Gaza.

Embarking on what was a state visit in all but name, Sheikh Hamad bin Khalifa al-Thani and his wife Sheikha Mozah crossed from Egypt at the head of a large delegation, to be greeted by Hamas Prime Minister Ismail Haniyeh and an honour guard.

"You are today, by this visit, declaring the breaking of the unjust blockade," Mr Haniyeh told the Qatari leader in a speech at the site of a new town to be built with emirate money.

"Today we declare victory against the blockade through this historic visit," he said. "We say thank you, Emir, thank you Qatar for this noble Arab stance ... Hail to the blood of martyrs which brought us to this moment."

Hamas rejects a peace treaty with Israel and has poured scorn on President Abbas for his futile efforts to negotiate his way to a Palestinian state.

This was the first visit to Gaza by any national leader since Hamas seized control of the enclave and its 1.7 million people from Abbas's forces in 2007. Israel had pulled out its troops and settlers from the territory two years earlier.

Qatar has called the visit a humanitarian gesture, to inaugurate reconstruction projects financed by the emirate. After initially earmarking $250m for the schemes, a smiling Haniyeh announced the fund now stood at $400m. 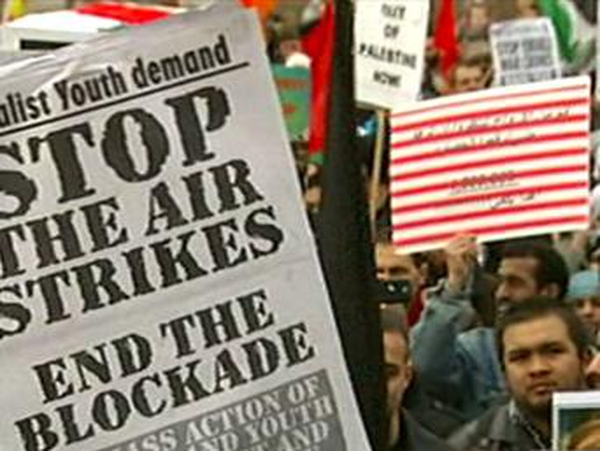 The media war in Gaza