US President Barack Obama accused Mitt Romney of suffering from "Romnesia" for emphasising moderate positions rather than the conservative ones he put forward in the Republican primary race.

He told a crowd of about 9,000 in the election battleground state of Virginia that Mr Romney has been backtracking on his conservative-leaning promises.

"He's forgetting what his own positions are, and he's betting that you will, too," Mr Obama said.

"I mean, he's changing up so much and backtracking and sidestepping, we've gotta ... name this condition that he's going through", he added.

"I think it's called Romnesia," he said to hoots and applause from the crowd.

Mr Romney responded at an oceanfront rally with a crowd of about 8,500 people in Daytona Beach, Florida, saying: "They've been reduced to petty attacks and silly word games."

"Just watch it, the Obama campaign has become the incredible shrinking campaign."

"This is a big country with big opportunities and great challenges, and they keep on talking about smaller and smaller things," he added, saying Mr Obama has "no agenda for a second term".

The Reuters/Ipsos daily tracking poll had Mr Obama ahead by three percentage points much of this week. He was again on top by 46% to 43% in yesterday’s version of the online poll.

Although Obama has lost his large lead in polls in several swing states since the first debate, a Wall Street Journal/NBC News/Marist poll issued yesterday showed the Democrat ahead in Iowa by eight percentage points and in Wisconsin by six percentage points.

A PPP survey showed Romney ahead by one percentage point in Iowa, as polls gave few certainties to the outcomes of the race beyond pointing to a likely tight finish.

Mr Obama said his 2010 healthcare law, which Republicans have dubbed "Obamacare" and deride as a government takeover of the $2.8 trillion US health system, is the cure for "Romnesia."

Mr Romney's campaign shot back that Mr Obama, who has focused a lot of attention on women voters since the debate, has promoted policies that have hurt women particularly.

"Women haven't forgotten how we've suffered over the last four years in the Obama economy with higher taxes, higher unemployment and record levels of poverty," Virginia lawmaker Barbara Comstock said in a statement sent by the campaign.

"President Obama has failed to put forward a second-term agenda - and when you don't have a plan to run on, you stoop to scare tactics," she added.

It is not the first time Mr Obama has used a distorted version of his opponent's name to try to score political points and energize his liberal base.

He has used the attack line "Romney Hood" to deride his rival's tax proposals, essentially saying they would rob ordinary Americans to help the rich.

The term "Romnesia" was not invented by the Obama campaign.

It appeared on Facebook to mock the Republican presidential challenger and has been used by liberal blogs and newspaper columnists. 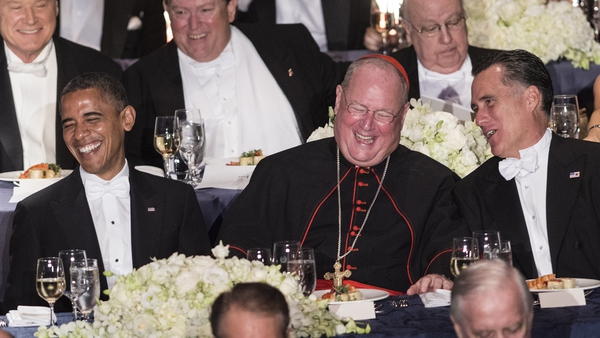