Syria has denied that it used cluster bombs in its battle with rebels trying to overthrow President Bashar al-Assad.

A brief military statement carried by state television came in response to a report by Human Rights Watch, which said yesterday that government forces had dropped Russian-made cluster bombs over civilian areas.

"The Syrian Arab Army does not possess these kinds of weapons and affirms that these reports (of their use) are completely untrue," it said.

Cluster bombs explode in the air, scattering dozens of smaller bomblets over an area the size of a sports field.

Most nations have banned their use under a convention that became international law in 2010, but which Syria has not signed.

A video clip that activists said was filmed in the town of Al-Bab, northeast of Aleppo, showed cluster submunitions scattered on the floor of what they said was a civilian house.

According to HRW, cluster bombs were also used in Tamanea, Taftanaz, al-Tah, other areas in Homs, Aleppo and Latakia provinces, as well as near Damascus.

Asked about the report, Russian Foreign Minister Sergei Lavrov said it had not been confirmed and suggested the bombs could have been made by former Warsaw Pact countries.

"It's very hard to establish who is supplying ammunition and other types of weaponry and from where."

The HRW report said it was not known how or when Syria acquired the alleged weapons.

UN envoy Lakhdar Brahimi has asked Iranian authorities for help in achieving a ceasefire in Syria during the Islamic holiday of Eid al-Adha later this month.

Mr Brahimi made the request in talks with Iranian leaders during a visit to Tehran.

Elsewhere, Turkey has allowed an Armenian plane bound for Syria, which it ordered to land, to continue its journey following a search of its cargo.

The plane was en route to Aleppo when Turkey issued the order.

The move came as Turkey steps up efforts to prevent its air space being used to supply the Syrian military.

An official from the prime minister's office said the plane was carrying humanitarian aid and Armenian officials knew it would be searched.

Turkey forced down a Syrian airliner travelling from Moscow last Wednesday and said it was carrying Russian munitions destined for President Assad's military.

Russia has said there were no weapons on the plane and that it was carrying a legal cargo of radar equipment.

Syria has also banned Turkish planes from flying over its territory. 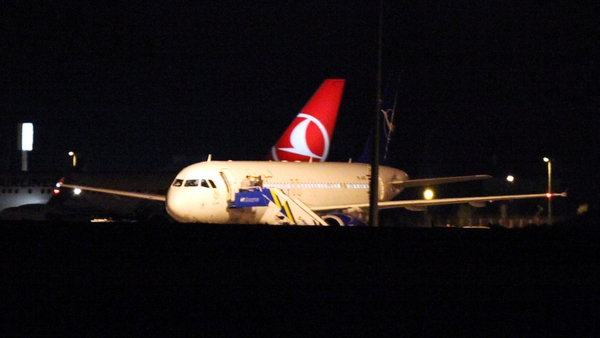