The European Union has won the 2012 Nobel Peace Prize for its long-term role in uniting the continent.

The award is being seen as a morale boost for the union as it struggles to resolve its debt crisis.

The committee praised the 27-nation EU for rebuilding after World War II and for its role in spreading stability to former communist countries after the 1989 fall of the Berlin Wall.

Norwegian public broadcaster NRK said an hour before the announcement that the EU would win.

"We are all very proud that the efforts of the EU for keeping the peace in Europe are rewarded," he said.

The President of the European Parliament welcomed the award, saying it recognised post-war reconciliation in Europe and would serve as an inspiration.

"[We are] deeply touched and honoured that the EU has won the Nobel Peace Prize," Martin Schulz said in a statement distributed on Twitter.

"Reconciliation is what the EU is about. It can serve as an inspiration. The EU is a unique project that replaced war with peace, hate with solidarity." 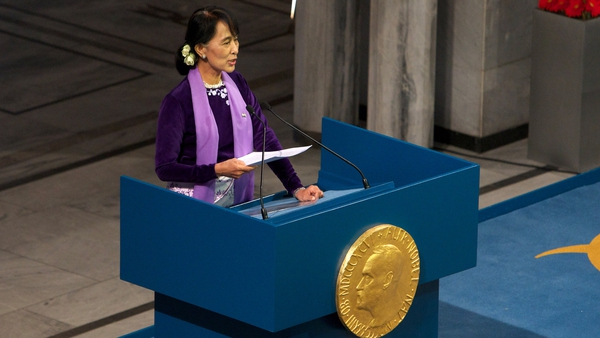