US President Barack Obama has insisted the "fundamentals" of the race for the White House remain unchanged despite a "bad night" for him in a presidential debate.

The latest round of polls show that Republican candidate Mitt Romney has erased Mr Obama's once-substantial lead and made it a dead heat in the final stretch to the 6 November election.

"Governor Romney had a good night. I had a bad night," Mr Obama told the ABC World News, according to advance excerpts of his first interview since the 3 October face-off in Denver.

"It's not the first time I've had a bad night. But I think what's important is the fundamentals of what this race is about haven't changed," Mr Obama said as he sought to play down the overall impact.

"You know, Governor Romney went to a lot of trouble to try to hide what his positions are."

However, pressed for an explanation of what went wrong in the first of three presidential debates, Mr Obama appeared reluctant to offer much insight.

"Maybe this is because I played a lot of sports when I was a kid, and still do," he said.

"If you have a bad game, you just move on. You look forward to the next one. And it makes you that much more determined. The difference between this and sports is that the stakes are so high."

Asked flat-out whether his debate performance had handed the election to Mr Romney, Mr Obama said, "No."

Mr Obama's aides have acknowledged that he will make some adjustments for the next debate - a townhall-style event in Hofstra University in New York state on Tuesday.

They have hinted he will use a more aggressive approach after even his own supporters criticised him for being too passive in Denver.

According to a Reuters/Ipsos tracking poll, Mr Romney has pulled ahead in the race for the first time in more than a month and leads 45% to 44% among likely voters. 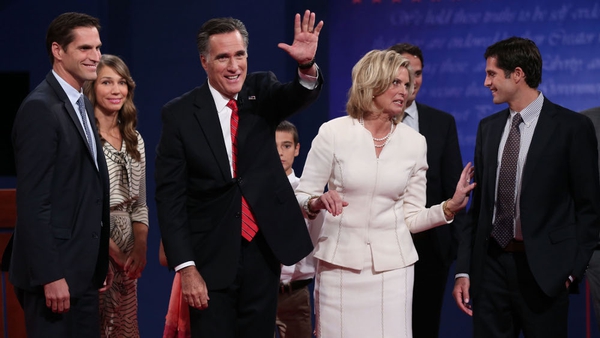