The Chairman of the Public Accounts Committee has accused Department of Health and HSE officials of attempting to interfere in the workings of the committee..

Speaking after yesterday's contentious meeting, in which senior officials were questioned on cost overruns in the health sector, John McGuinness said he intends to conduct an inquiry into the matter.

Days before the meeting, he said, unnamed officials "attempted to shape the committee" in a way that would have "stonewalled" members as they tried to get information.

However, Minister for Health James Reilly has said that Department of Health and HSE officials did absolutely nothing wrong at the meeting.

Mr Reilly said there was nothing remotely disgraceful about public servants acting within their job description.

He said policy was a matter for the minister of any department.

Speaking on RTÉ’s Morning Ireland, Mr McGuinness said in his many years as a member of the PAC, and subsequently as its chair, he had never come across such behaviour.

The PAC was investigating spending and cost overruns in the health service and it is understood that Department and HSE officials were hesitant about appearing together.

Following opening statements from the Department of Health’s Secretary General Ambrose McLoughlin and HSE Chief Executive Tony O’Brien, Fianna Fáil’s Sean Fleming walked out, telling them they were not fit for office.

Mr McGuinness also reacted angrily to comments made by the two, which related to what would be discussed at the meeting.

He said Mr Fleming walked out because he believed the opening remarks of Mr O'Brien and Mr McLoughlin were "unhelpful and unsatisfactory" as they began by saying what they could not discuss.

"They could have used the opening statements in a constructive way," he said.

Mr McGuinness said it was entirely appropriate for the PAC to request information on the total overrun in the HSE budget, to examine those figures, and to request action on the overall amount, a move, which he said, was not policy-related. 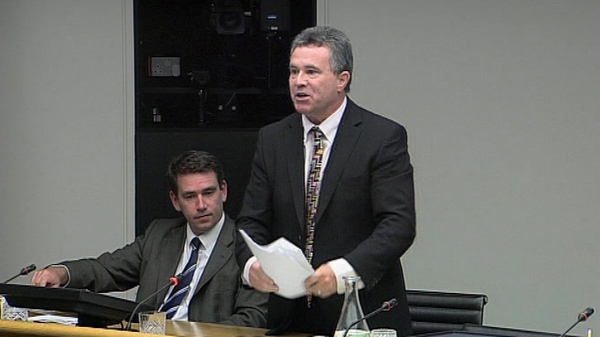