The Taoiseach said the delay in the establishment of the Constitutional Convention was to do with efforts to get a suitable chairperson.

He told the Dáil that the convention would not be travelling abroad, but that it would go to Northern Ireland.

People Before Profit Alliance TD Richard Boyd Barrett said there would be nothing to govern, with all privatisations and budgetary slashing, by the time the convention is up and running.

Mr Boyd Barrett asked why a third of the convention was made up of politicians when it was supposed to represent civil society.

Mr Kenny said he was looking for input from all parties and saw a number of referendums being held in the years ahead.

However, Fianna Fáil leader Micheál Martin said he was disappointed that the Government will not necessarily hold referendums recommended by the convention.

Mr Martin said this just makes it an expensive talking shop, if the Government is not going to follow its recommendations.

He said the first two items picked for the convention's consideration, the voting age and the period of Presidential terms, showed that it was not exactly cutting edge.

Mr Kenny also told the Dáil that work was progressing on proposals for a referendum on the abolition of the Seanad.

He said the legislation would be debated in the Oireachtas when it is published.

With regard to the timing, he said the referendum would not take place during Ireland's EU presidency next year, but said he would envisage it could be held in the latter half of 2013. 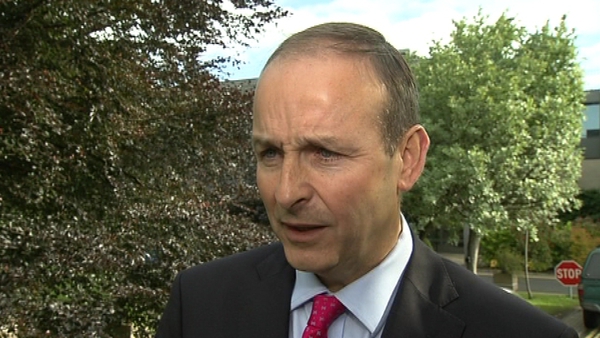