Minister for Education Ruairi Quinn has announced the phasing out of the current Junior Cert programme over the next eight years.

It will be replaced by a school-based model of continuous assessment.

Examination papers will be set by the State Examination Commission (SEC) but will be administered and corrected by teachers for the most part.

However, English, Irish and Maths examination papers will be corrected by the SEC for the first couple of years.

Schools will be allowed to develop short courses of their own that are particularly relevant to their students and local communities.

Mr Quinn said the SEC is to begin planning for its phased withdrawal from the Junior Cycle exams, saying there is a need to move beyond exams to a process of generating evidence of learning.

On RTÉ's Six One News, Mr Quinn said implementing the new plans will cost approximately €10m a year, a sum which he would find from within his own budget.

Speaking at the launch of the reform plans, Mr Quinn said too many students "switch off" in second year and never reconnect to learning.

He said the experience of third-year students is dominated by exam preparation, where the focus narrows to the performance in the exam rather than the quality of learning.

Under the new plans, students can substitute two short courses for one full subject to allow for courses such as Chinese or Digital Media Literacy to be taken.

Schools will also be able to offer their own short courses in accordance with specifications provided by the National Council for Curriculum and Assessment.

Pupils currently in fifth class in primary school will be the first students not to sit the Junior Cert as we know it, as the new programme is due to begin in 2014.

Today's announcement follows the publication of "Towards a Framework for Junior Cycle - Innovation and Identity" by the NCCA last November.

The Economic and Social Research Institute said the overhaul will lead to improved educational standards among students.

Speaking on RTÉ's Morning Ireland, the ESRI's Dr Emer Smyth said the variety of teaching methods and the new structures will result in teenagers engaging more with learning.

Research by the ESRI among Junior Cert pupils has found that the exam promotes an over-emphasis on exam preparation, rather than the active learning "that young people find engaging".

However, the Association of Secondary Teachers of Ireland said the manner of today's announcement, which it said is being made without consultation with the education partners, is profoundly disappointing.

ASTI said education reform is a serious matter and "not something which should be used for eliciting shock and awe and grabbing headlines".

Speaking on RTÉ's Drivetime, ASTI General Secretary Pat King said that the details announced today mark what he described as a “complete change” from the NCCA's framework document.

He said that the move from State to school certification was done without consulting parents and teachers.

Mr King said the ASTI wanted to see the retention of independent, objective State certification in the Junior Cert cycle. 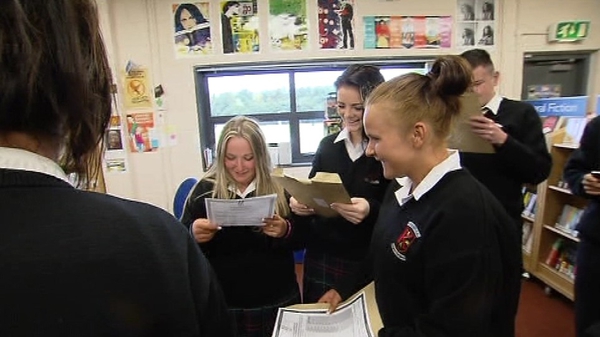