Georgian President Mikheil Saakashvili says he accepts that his ruling party has lost a parliamentary election to an opposition coalition.

Mr Saakashvili of the United National Movement said he would respect the will of the voters and that his party would go into opposition.

As results began coming in, billionaire Bidzina Ivanishvili of the Georgian Dream coalition had already said he was confident of becoming prime minister of Georgia.

The remarks by President Saakashvili increase the chances of a peaceful handover of power to a new government in the former Soviet republic, which became independent in 1991.

A victory by Mr Ivanishvili would see Mr Saakashvili remain as executive president.

"When our victory is officially confirmed, I hope ... parliament will approve me as a prime minister."

Results confirmed so far give Georgian Dream a narrow lead in the vote, which under Georgia's electoral system allocates 77 of the 150 parliament seats according to party lists and the other 73 according to constituent victories.

With ballots from 21% of polling stations counted under the party list system, Georgian Dream had 54.3% and Mr Saakashvili's United National Movement had 40.6%, the Central Election Commission said.

It said preliminary counts showed Georgian Dream won 27 of the 73 races in constituencies, the UNM had won 25, and ballots from the other 21 remained uncounted. 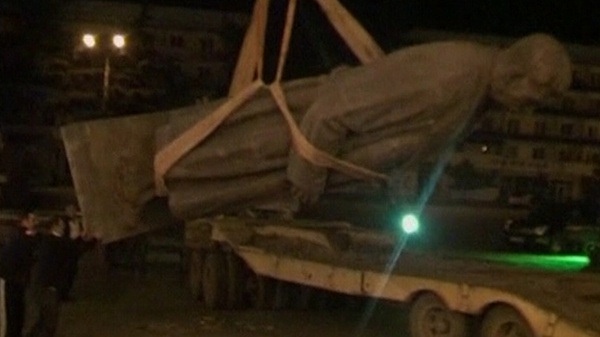