Minister for Social Protection Joan Burton has said she regrets the decision by her Labour Party colleague Roisin Shortall to resign her junior health ministry.

Ms Shortall said yesterday that she had stepped down following months of conflict with Minister for Health James Reilly.

Speaking on RTÉ Radio, Ms Burton acknowledged that there were difficulties in the Government.

However, she said that these paled into insignificance when compared to the challenges that people were facing in the financial crisis.

Ms Burton said structures were in place to deal with difficulties between senior and junior ministers and the Government would have to reflect on why these did not work.

She said: "What you have to have at the end of the day, as in any structure, is a system of communication and ... over a period of time that communication became difficult to the point of breakdown."

Minister Burton said James Reilly should give an explanation to his new junior minister in the controversy over how primary care centres were selected.

Incoming junior health minister Alex White has said he has no reason to assume that Mr Reilly acted improperly in relation to the primary healthcare centre list.

Mr White said he spoke briefly to Mr Reilly on Friday, but he has had no opportunity to engage with him or his officials about any health issues.

He said he was looking forward to doing so next week.

He also said he would like to understand issues relating to the apparent dispute between Roisin Shortall and James Reilly about the criteria used when adding locations to a list of proposed primary healthcare centres.

Mr White said he wanted to see the maximum amount of transparency in relation to how decisions were made about he allocation of public resources.

Sinn Féin's Pearse Doherty has said that Ms Shortall has shone a clear light over what he claimed was Minister Reilly's mismanagement of the health service.

Speaking on RTÉ's This Week, Mr Fleming accused Mr Reilly of providing incorrect information to the Dáil about the criteria used to select the locations.

However, the HSE official in charge of drawing up the original list has said Mr Reilly's account in the Dáil does not contradict what happened within the HSE.

The HSE's former head of property, Brian Gilroy, said the original list of close to 300 potential sites was drawn up in 2007 without priorities attached.

Mr Gilroy said that as various centres progressed, priorities were added by early 2008.

He said he brought Balbriggan and Swords, which are in Mr Reilly’s constituency, to the HSE board for approval to progress in 2008 and the board agreed.

He said that when Mr Reilly told the Dáil on Thursday that Balbriggan and Swords were on a priority list in 2007, he was only out by a few months.

Meanwhile, the reason given by the minister's spokesman for the inclusion of Balbriggan on the list of primary care centres to be built by public private partnership (PPP) has been rejected by the developer of the site.

Rhonellen developments, which is to submit planning permission for the Balbriggan centre in the coming weeks, has disputed claims by Mr Reilly's spokesman that there was some doubt over the progress of the centre.

Rhonellen is building the Balbriggan primary care centre under an operational lease agreement, which requires it to build and source the GP for the facility. This is a separate development model to a PPP.

A spokesman for the minister is quoted in The Sunday Times saying that the Balbriggan site had been included on the list of projects to be developed by PPP because there was "some element of doubt about the Balbriggan project".

However, Rhonellen developments told RTÉ's This Week programme that the project is at an advanced stage and the planning permission will be applied for in the coming weeks. 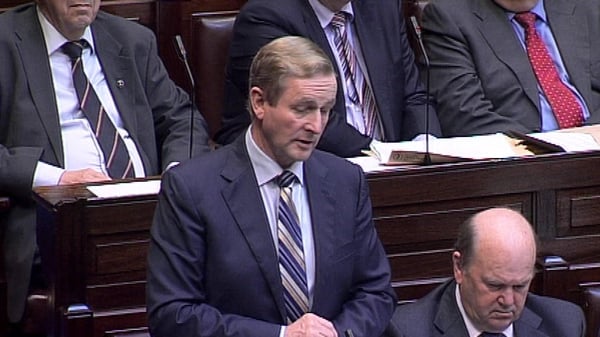