The Managing Director of the National Ploughing Association Anna May McHugh has said that they were absolutely delighted with the attendance at the championships over the last three days.

Today's attendance at the event was totalled as 64,000.

Mrs. McHugh apologised to motorists who experienced long traffic delays but she said the organisers and the Gardaí did their best to rectify the difficulties. She said it was a huge undertaking to bring so many visitors to a green field rural site.

Farm machinery exhibitors also reported brisk business and their spokessman man said this indicitated a positive mood among farmers. One combine harvester was sold for €450,000.

Despite the weatherwhich was only 2,500 down on last year.

The National Ploughing Championships, which was being held in New Ross in Co Wexford, has ended this evening.

Over 187,000 people attended the three-day event, which was opened by President Michael D Higgins on Tuesday.

Over 300 competitors took part in the ploughing event itself, with nearly 1,300 trade stands and displays on show at the championships, with a special emphasis on the food sector.

Poor weather affected the first two days of the event, while high volumes of traffic were also an issue at times.

The organisers said they regretted that some motorists had long delays getting to and from the ploughing sites over the course of the event. 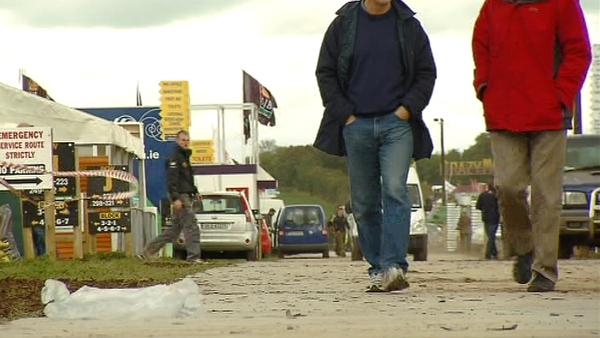