German Chancellor Angela Merkel has said that financial markets are worried about the ability of some countries in the eurozone to repay their debt.

"There is a lack of confidence on financial markets that some eurozone states can pay back their debts in the long term.

"The world wonders how competitive eurozone countries are," she told a meeting of the Federation of Germany Industries.

Ms Merkel said it required stamina to solve the crisis but the fiscal compact for budget discipline was a sign of progress, as was progress on banking supervision across the bloc.

The German leader said it was premature to talk of any recapitalisation of banks in the eurozone through European mechanisms before a supervisory body with robust intervention rights was in place.

She added that Germany's overall budget deficit was likely to come in at 0.9% of GDP this year, and that the country needed to continue to boost domestic demand. 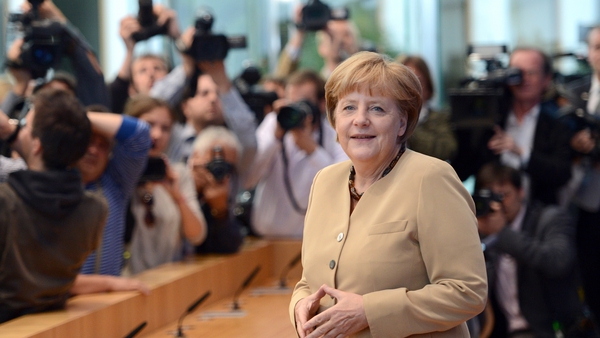 Merkel says Ireland programme change not on agenda at the moment