The Czech government has imposed an immediate ban on all exports of hard liquor following the deaths of 23 people from methyl alcohol poisoning.

The Czech Republic banned all hard liquor sales in shops and pubs last Friday after the poisonings, believed to be caused by bootleg alcohol.

It plans to gradually reopen the domestic market from the middle of next week, using new tax stamps and certifications of origin of drinks.

The new export ban, covering all alcohol with over 20% alcohol content but not the country's trademark beers, followed information that the European Union was preparing to ban exports tomorrow unless the Czech government acted itself.

Slovakia and Poland have already banned imports from the Czech Republic. The two countries take about 50% of Czech liquor exports, worth €60 million last year.

Police have charged 30 people with crimes related to bootleg booze after a series of raids in the past days, but have not yet found the origin of the deadly spirits.

Investigators suspect methanol was mixed into bootleg booze made from industrial alcohol and sold under fake labels such as vodka, rum or fruit distillates.

The Czech union of spirit makers has estimated that 15-25% of all liquor sold in the country of 10.5 million people is bootleg, often made from industrial alcohol and cleaned up through a simple chemical process.

The illicit alcohol trade is centred in the industrial northeast, near the Polish border.

Industry insiders say the trade has grown since a hike in excise tax on alcohol in 2010, which was an austerity measure in response to the global economic crisis.

The Czechs have the world's highest beer consumption of around 140 litres per capita per year and are among the world's heaviest drinkers in general. 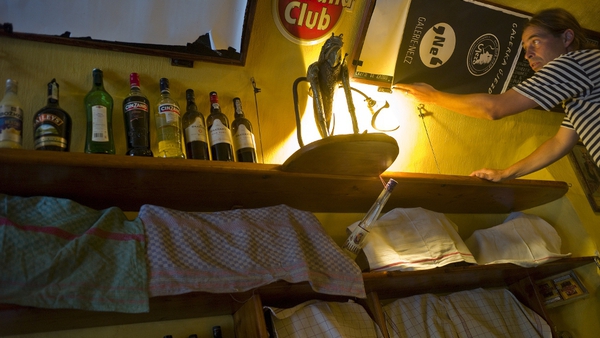