The four people shot dead in the French Alps on Wednesday each suffered two gunshot wounds to the head.

Eric Maillaud, the prosecutor in Annecy near the site of killing, says autopsies confirmed that all four victims were shot multiple times, and each was shot twice in the head.

Mr Maillaud declined to answer most questions at a press conference, saying he was "at the limits" of what he could reveal.

Two of the dead have been identified as mechanical design engineer Saad al-Hilli and his wife Ikbal.

Their identification is based partly on the testimony of their four-year-old daughter Zeena, who survived the attack unhurt by hiding in the family's car under her mother's skirt.

French and British police have begun to search the home of Mr al-Hilli in Surrey, southern England.

Family members of the two young girls who survived the shooting have arrived in France to comfort them at the Grenoble University Hospital.

Three French investigators travelled to London last night, a fourth officer is due to arrive there later.

This now joint Franco-British investigation is centered on gathering information about Mr al-Hilli, the Iraqi-born but British passport-holding engineer who was shot dead along with his wife, and another older woman who held a Swedish passport.

A passing French cyclist was also shot and killed.

The condition of the two children who survived Wednesday's gun attack remains the same.

The seven-year-old daughter is in a medically-induced coma, ahead of a second operation to treat a fractured skull.

The four-year-old daughter is being treated for psychological trauma, after hiding under the bodies of her mother and another unidentified woman for eight hours.

Yesterday Mr al-Hilli's brother-in-law presented himself to police in Britain in order to deny suggestions that he had been involved in a feud with his brother over financial matters. 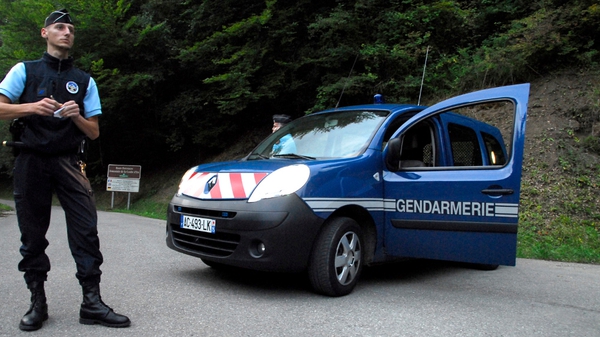