US President Barack Obama is set to deliver his argument for re-election in a high-stakes closing act at the Democratic National Convention.

The speech will spell out his approach to revitalizing the stumbling US economy.

Obama will accept the party's presidential nomination in a much smaller venue than planned, the 20,000-seat Time Warner Cable Arena, after the threat of severe weather forced a move from a 74,000-seat outdoor football stadium.

Yesterday, former US President Bill Clinton delivered a wide-ranging defence of Mr Obama on the second night of the Democratic convention.

He launched a full-scale endorsement of Mr Obama's policies, saying his economic record had been a success.

He said Mr Obama cannot be blamed for the weak economy he inherited in 2009, and that he has set the foundations for strong, economic growth if voters will give him more time and re-elect him on 6 November.

"Listen to me now," said Mr Clinton. "No president - not me, not any of my predecessors - could have fully repaired all the damage that he found in just four years."

Mr Obama finds himself in a vulnerable position with the US jobless rate at 8.3%, and Mr Clinton's role was to try to make it easier for him.

He said that if Americans "renew the President's contract, you will feel it".

"Folks, whether the American people believe what I just said or not may be the whole election. I just want you to know I believe it. With all my heart I believe it," he said.

Mr Obama joined Mr Clinton on stage after the speech for an image of party unity.

Mr Clinton capped the second night of the convention with a speech that reminded voters of the budget surpluses and job growth he led in the 1990s during his two terms in the White House.

He accused Mr Romney of wanting to overhaul government entitlement programmes Medicare and Medicaid in a way that would reduce benefits for poor children and seniors.

"If he's elected and he does what he promised to do then Medicare will go broke in 2016," said Mr Clinton.

The former president said that Mr Romney's criticism of Mr Obama for allowing states to have waivers from work requirements in a welfare law Mr Clinton signed is misplaced.

Other speakers lauded Mr Obama for defending the rights of women, immigrants and gays and countered Republican arguments that he is anti-business.

She criticised Mr Romney's statement that "corporations are people".

"No, Governor Romney, corporations are not people," Ms Warren said.

"People have hearts, they have kids, they get jobs, they get sick, they cry, they dance. They live, they love, and they die. And that matters," Ms Warren said. 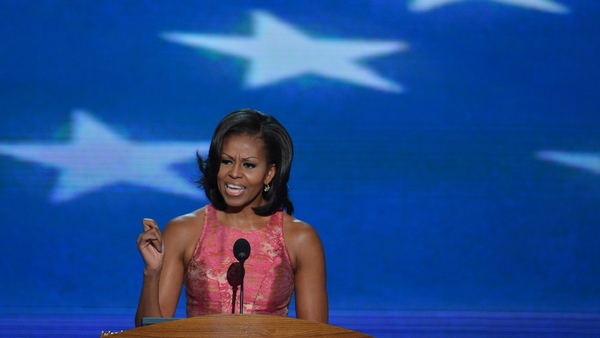