A recent improvement in weather conditions has allowed grain growers around the country to limit the damage done to their harvest by the summer’s poor conditions.

Tillage experts estimate that nearly 70% of the harvest has now been saved.

A fortnight ago, most of the crops remained uncut because of the continuing wet conditions and harvesting equipment was unable to work on land because of soft ground during the occasional dry spells.

In mid-August, farmers were facing a disaster with the possibility that huge amounts of crops would be not be harvested.

Over the past week, however, growers have made huge headway in bringing in the crops following the arrival of sunny weather.

Jim O'Mahony of Teagasc said it was a near miracle that there had been a turn-about in the weather.

However, he said it would only be an average tillage out-turn because earlier in the year there was a harvest potential of 2.5 million tonnes but that figure could now be around half a million tonnes less.

IFA President John Bryan said a major national effort is now needed to help the farming sector to recover following the worst weather on record over the summer.

He said thousands of livestock and dairy farmers are facing into a winter with inadequate feed and those who have managed to save enough will incur extra costs as a result of poor quality.

Mr Bryan said the Government, banks, processors, merchants and Teagasc will have to put their shoulders to the wheel to rebuild confidence among primary producers. 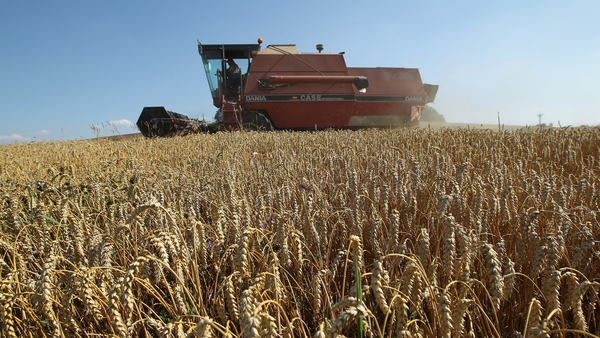