Fianna Fáil and Sinn Féin are to table a motion of no confidence in the Minister for Health following the announcement of €130m cuts in the health service.

Sinn Féin's Caoimhghín Ó Caoláin said the minister is plunging the health services into deep crisis with the savage cuts being imposed.

Minister for Public Expenditure Brendan Howlin told RTÉ today that decisions on cutbacks in the health service were primarily a matter for the HSE.

However, he said the Government was determined to meet its budget targets with the minimal impact on the most vulnerable.

He added that the Government is determined to serve a full five-year term.

He was responding to weekend comments from his party's chairman Colm Keaveney, who had spoken of the need for TDs to be prepared for an election.

Oireachtas Health Committee chairman Jerry Buttimer defended the Government decision on the cuts and said every case would be assessed sensitively.

Mr Buttimer called for a calm and rational debate and denied that Mr Reilly had failed to consult with his Cabinet colleagues.

He said Mr Reilly had been involved in a process with other ministers, which "has been going on for the past five weeks".

The Fine Gael TD said the Government must work to ensure that those in need continue to receive the services they require.

He said: "The minister, the HSE, who are the operational people in charge of this, have been told by the Troika to make savings by the end of the year. This is what we've been asked to do. This is an evolving process."

Minister of State Jan O'Sullivan said she has confidence that the Coalition parties can work together to address the issues in relation to cuts in the health service.

In relation to the Minister for Health, the Labour TD said that there were "no knives".

She said Mr Reilly is very experienced and very committed with regard to reforming the health service and there are very difficult decisions to be made.

Ms O'Sullivan also said that she does not think that the country wants an election.

She said that as two parties in Government with a very strong mandate, Fine Gael and Labour can work out the issues that need to be worked out.

Separately Labour Councillor Paul O'Shea, who resigned from Ennis Town Council over the weekend, said there would be further resignations from the party if the health cuts go ahead.

Speaking on RTÉ's Today with Pat Kenny, Mr O'Shea described the cuts as "appalling, absurd and unacceptable", saying they were an "attack on people's dignity".

He said he would only reconsider his position if the cuts are reversed and said he has organised a public meeting on the issue for next week.

The Meath West TD said he and his Dáil colleagues require far more detail on the cuts Dr Reilly is proposing.

He said those concerns would be expressed to the minister when the Fine Gael parliamentary party meets in Co Mayo next week.

Labour TD for Clare Michael McNamara has requested a meeting with both the Tánaiste and the Minister for Health to discuss the cuts.

He said while savings had to be made, it is possible to avoid hitting frontline services.

Some 50,000 medical card patients will no longer get drugs or products for nutrition, weight loss and helping to manage cholesterol.

The Health Service Executive said it is inevitable that there will be some impact on service delivery but will seek to minimise the direct impact on patients.

Labour's Aodhán Ó Ríordáin said yesterday that the manner in which the cuts were announced by Mr Reilly was unacceptable and there had been a lot of communication problems in the department.

He called for the cuts to be reversed, saying there were other areas in the health budget that could be tackled. 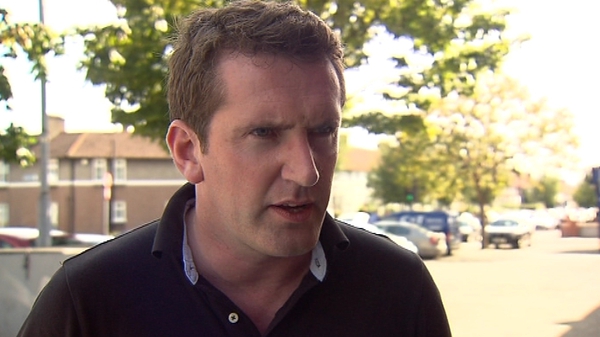