Athletes Jason Smyth and Michael McKillop, and swimmer Darragh McDonald have won gold medals for Ireland at the Paralympic Games in London.

Defending champion Smyth also beat his own world record as he won the 100 metres T13 in a time of 10.46.

Earlier, 18-year-old McDonald powered to victory in the 400 metres freestyle S6 at the Aquatic Centre.

Smyth said: "This just goes to show that if you work hard and apply yourself you can achieve at the greatest level.

"Coming into the championships I knew I was under pressure to retain my title so I wanted to do that first and foremost and thankfully I was able to do that. Of course there was the added bonus of a world record.

"Times at championships are irrelevant. It doesn't matter whether you run 10.00 or 11.00 as long as you win. I believe I can run quicker than that again."

Smyth is based in Florida and trains with US sprint champion Tyson Gay.

The Derry man only narrowly missed out on a place at this summer's Olympic Games.

McDonald, the 18-year-old from Gorey, has said his performance showed how far Paralympics swimming has come in four years.

He said: "I said to myself before I started that I was not going to think about times. That is what I did.

"It's a ten-second personal best since this morning. I cannot believe it. It's just great."

McDonald won a silver medal in Beijing in 2008.

McKillop is from Newtownabbey in Co Antrim and suffers from cerebral palsy.

Minister for Sport Leo Varadkar has offered his congratulations to the team on their victories. 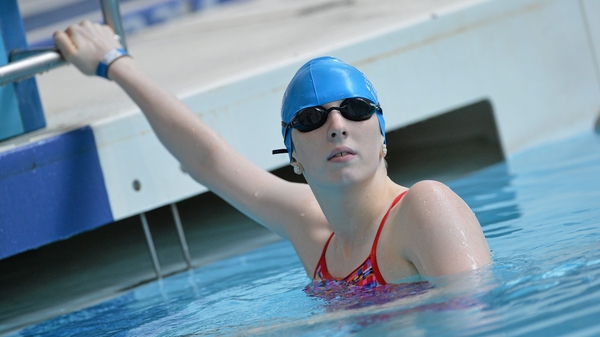