More than 200,000 Syrians are said to have poured into neighbouring countries during the 17-month Syrian conflict.

The number has already surpassed the projection of 185,000 set out by the UN refugee agency for the end of this year.

The total reflects an increase of some 30,000 to Turkey, Lebanon, Iraq and Jordan in the past week alone, but also takes into account a change in the way the agency counts those in Jordan, the UN High Commissioner for Refugees said.

"We are now at a much higher level of 202,512 refugees in the surrounding region," Adrian Edwards told a news briefing in Geneva.

"The deteriorating security situation in Lebanon is hampering our work to help refugees fleeing Syria's conflict, though operations are continuing."

More than 3,500 people fleeing violence in Syria have entered Turkey over the past 24 hours alone, according to the country’s Disaster and Emergency Management Directorate.

The new arrivals bring the number of Syrian refugees now sheltering in Turkey to more than 78,000.

Opposition activists said at least 21 people were killed in the third day of a military campaign to regain control of outlying areas of the capital.

The army used multiple rocket launchers located in the nearby Talet Qawqaba base to hit central areas of Daraya, where rebels were still holed up, activists in Damascus said.

They said the death toll from an offensive on the area in the past 72 hours had reached at least 70 people, mostly civilians.

Fighting was also reported in the suburbs of Qatana, Sbeineh, Qadam, Assali and Hajar al-Asswad, they said. 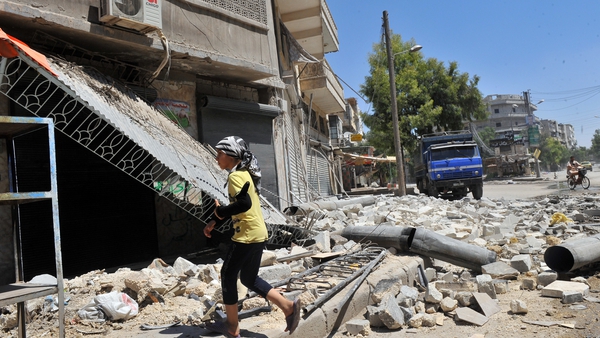