US Representative Todd Akin, under fire for controversial remarks on abortion and rape, has resisted pressure from fellow Republicans to drop out of the Missouri Senate race.

Mr Akin, who is a staunch opponent of abortion, has vowed to stay in the race, saying he represented a conservative movement that must be heard.

There had been calls from throughout the Republican Party for him to step out of the contest against Democratic Senator Claire McCaskill.

"We are going to continue in this race for US Senate," Mr Akin said on a radio programme hosted by former Arkansas Governor Mike Huckabee.

"I believe there is a cause here, and there is a part of the message that's missing, and a lot of the people feel left out of the parties," Mr Akin added.

His comments came hours after he released an online video advert in which he again apologised for saying in a weekend television interview that it was extremely rare for women to get pregnant from "legitimate rape".

US presidential candidate Mitt Romney has joined a chorus of Republicans calling on Mr Akin to quit.

Mr Romney said: "Today, his fellow Missourians urged him to step aside, and I think he should accept their counsel and exit the Senate race."

Mr Akin's comments caused concern in the Republican Party at a time when it is trying to reach out to women and other voters in advance of its national convention next week in Tampa, Florida.

The controversy has also given new hope to Ms McCaskill, who in recent polls has trailed Mr Akin in a race that is widely viewed as an indicator of whether Republicans can gain the four seats they need to take control of the US Senate. 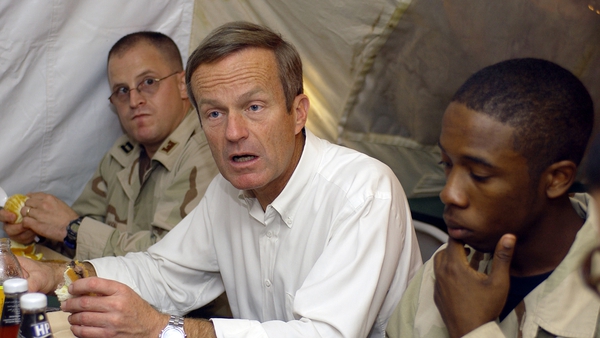