A fin whale stranded in Baltimore Harbour in west Cork has died.

The 18m, 40-tonne mammal had been stranded for over two days.

It was first spotted making its way through the harbour on Tuesday morning.

Whale experts believed it was an emaciated and sick young female.

The whale became very agitated and distressed in recent days and injured itself more on the harbour wall.

It is expected that the mammal’s carcass will be used for marine research purposes.

The Irish Whale and Dolphin Group said the whale died at about 11am. 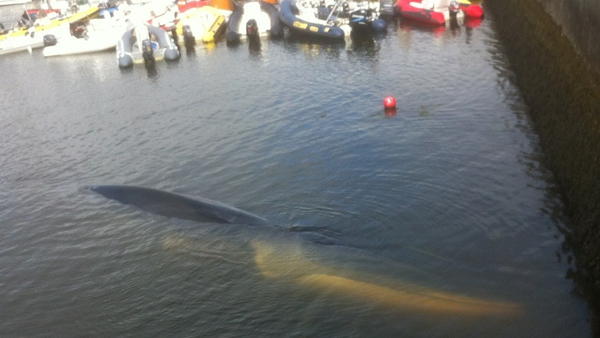 Concern for fin whale stranded in Baltimore harbour in Cork