It is Team Ireland's first medal of the Games, but four other medals are already guaranteed in boxing from Katie Taylor, John Joe Nevin, Michael Conlan and Paddy Barnes.

O'Connor only made the final cut this morning after a Swedish competitor withdrew allowing him to avail of the first reserve spot.

He knocked the final fence in the jump-off against Gerco Schroder from the Netherlands for silver. Switzerland's Steve Guerdat won gold as the only rider with two clear rounds in the final.

President Michael D Higgins congratulated O’Connor, saying: "This is a great result for Cian and indeed for Irish showjumping. He showed great skill and determination all week and thoroughly deserves this bronze medal.”

Taylor controlled the fight throughout the four rounds and won 17-9 at the ExCeL Arena.

An estimated 4,000 fans gathered in Bray to watch this afternoon's fight.

The Wicklow woman will fight for the gold medal against Sofya Ochigava of Russia tomorrow and big screens will be set up at the Shoreline Leisure Centre in Ballywaltrim in Bray from 4pm.

A bronze medal winner in Beijing four years ago, Barnes is the first Irishman to win medals in two Olympics since Dr Pat O'Callaghan (1928 and 1932).

Michael Conlan last night secured a medal with a 22-18 victory in his flyweight quarter-final contest.

His father John said there was "absolute joy" among family members after the fight.

Speaking on RTÉ's Morning Ireland, Mr Conlan said there had been "a bit of a panic" among Michael's supporters after the first two rounds were tied at 5-5 and 12-12.

He said they had been on an "emotional rollercoaster".

Nevin's victory over Oscar Valdez Fierro in the bantamweight division quarter-final earlier in the week meant he has also secured a medal.

Nevin meets Cuba's Lazaro Alvarez Estrada in his next fight on Friday. 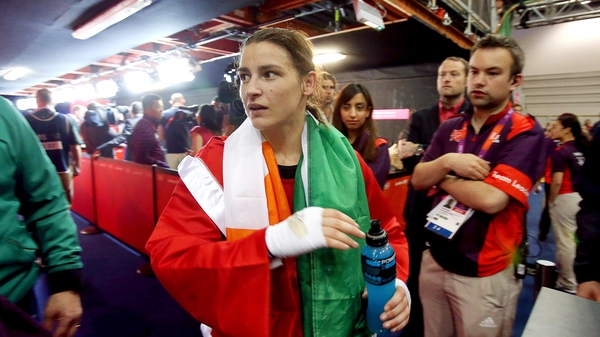 Olympics Day 12: The Irish in action