NASA scientists have detected "unprecedented" melting over a large area of Greenland's massive ice sheet, more than has been detected in three decades of satellite observation.

The thawed ice area jumped from 40% of the ice sheet to 97% in just four days from 8 July and even occurred at Greenland's coldest and highest place, ''Summit station''.

Although about half of Greenland's ice sheet normally melts over the summer months, the speed and scale of this year's melting surprised scientists, who described the phenomenon as "extraordinary".

NASA said that nearly the entire ice cover of Greenland, from its thin, low-lying coastal edges to its centre, which is 3km thick, experienced some degree of surface melting.

The news comes just days after NASA satellite imagery revealed that a massive iceberg, twice the size of Manhattan, had broken off a glacier in Greenland. 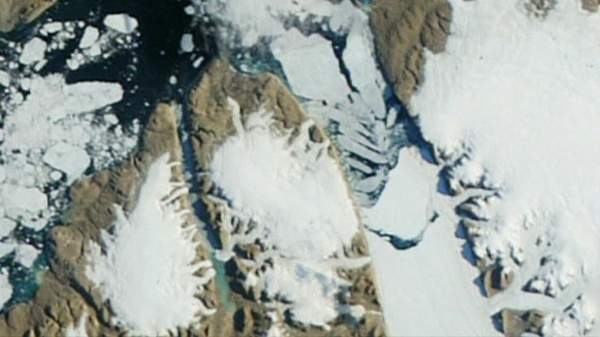