The Spanish Economics Minister and the German Finance Minister have claimed the recent and significant increase in Spain's cost of borrowing does not reflect the sustainability of its debt.

The remarks by Luis de Guindos and Wolfgang Schaeuble were contained in a statement issued following crisis talks in Berlin tonight.

There has been mounting speculation over the past number of weeks that Spain will require a national bailout, rather than just a banking bailout.

A number of Spanish regional governments have signalled that they will need financial help from Madrid.

Investors have continued to increase the interest rate they charge to buy Spanish debt. Today the yield on ten-year debt jumped to euro-era high of 7.63%.

It is against this background that Luis de Guindos met Wolfgang Schaeuble in Berlin this evening.

No news conference was held after the meeting, however in a brief statement, the two men called for the speedy setting-up of a banking union with a single European supervisor, as decided at the last EU leaders' summit.

The ministers also claimed that Spain's funding costs did not reflect either the fundamentals of its economy or the sustainability of its debt.

The problem for Spain is that most investors do not appear to believe this analysis.

Spanish borrowing costs will therefore come under renewed pressure when markets reopen in the morning. 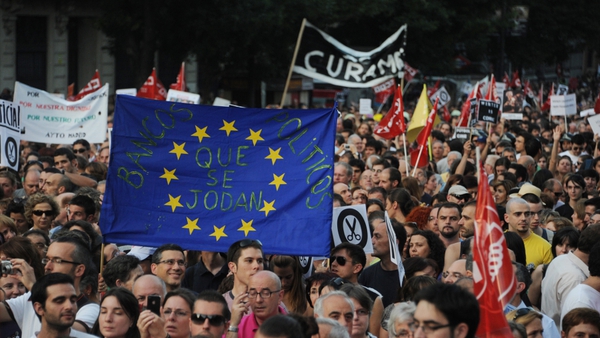