The Cabinet has authorised the Department of Transport to allocate an extra €36m to CIÉ immediately to protect public transport services.

It is unclear to what extent rail and bus services have been at risk to warrant the extra allocation.

The companies say that the Government subvention has also been cut in recent years.

However, Department of Transport sources noted that subvention reductions have also affected other agencies reflecting the reality of the recession.

Minister for Transport Tourism and Sport Leo Varadkar has said that some capital spending will have to be deferred and CIÉ non-core assets sold to fund the €36m bailout.

The Minister said departmental spending in the areas of public transport, tourism, sport and the maritime sector would be affected, but he would not go into detail about specific projects.

He said it was a question of deferring spending into next year, rather than cancelling anything in particular.

Asked what non-core assets CIÉ might have to sell, the minister said that was a matter for the company, but its fibre-optic cable operation was one obvious example.

Mr Vardakar said the Cabinet decided to inject the funds so the company could continue to operate the public transport service.

However, he acknowledged that other structural reforms would be required to get the company back on a solid footing.

The Coach Tourism and Transport Council has said the fund injection is a "disgrace and an abuse of public funds".

Last week, RTÉ News revealed that 17 Iarnród Éireann staff, who were due to take redundancy or early retirement, were told within days of their scheduled exit dates that they could not leave.

At the time, a spokesperson denied suggestions that the company did not have the money to pay the redundancy lump sums of up to €130,000.

However, he said the deferrals until later in the year were being implemented to ensure a "phasing of funding for cash flow management" and to preserve continuity of service.

Iarnród Éireann is currently implementing a cost reduction programme including 450 redundancies over four years, and significant changes in terms and conditions.

Negotiations on restructuring are continuing at Dublin Bus and Bus Éireann, including significant changes in overtime, rosters, sick leave and other conditions of employment.

Chief Executive Gerry Mullins said private operators were queuing up to get a slice of the public service transport operation and could provide it at little or no cost to the State.

He asked why the Government was borrowing more money to fund something that could be done more efficiently by private operators. 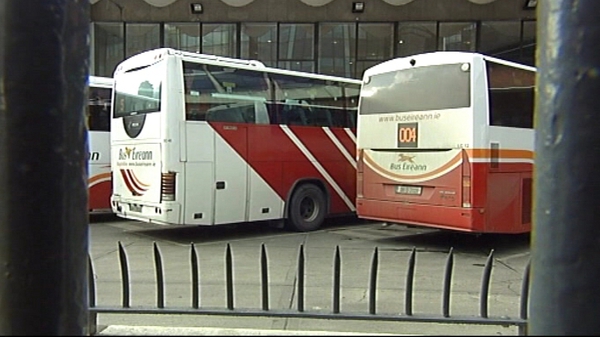