A controlled explosion conducted by a police bomb squad has disarmed trip wires in the booby-trapped apartment of the man suspected in yesterday's mass shooting at a Denver-area movie theater, local police have said.

The 24-year-old student is suspected of carrying an attack at a Batman film screening, in which 12 people died and 59 others were wounded.

"We have been successful in disabling a second triggering device," Carlson said. "Although not certain, we are hopeful we have eliminated the remaining major threats. We will not know this until we enter the apartment.

"There still remains all kinds of hazards inside the apartment," Carlson said. "We will remain here for hours to collect evidence and mitigate those hazards."

Dozens of law enforcement officials arrived at the apartment of suspect James Holmes at dawn and evacuated five nearby buildings and created a perimeter of several blocks.

Meanwhile, a memorial of flowers and candles has been set up at the Aurora shopping mall where the shooting rampage at a showing of "The Dark Knight Rises" turned a movie screening into a chaotic scene of dead or bleeding victims.

The gunman - armed with an assault rifle, a shotgun and a pistol, and wearing a full suit of tactical body armour, a helmet and a gas mask - set off two smoke bombs before opening fire in the dark theatre.

Police said 30 people remained in hospital today, 11 of them in critical condition.

Officers who arrived on scene within 90 seconds of the first emergency calls quickly took Holmes, 24, into custody in a parking lot behind the cinema, where he surrendered without a fight, Aurora Police Chief Dan Oates said.

Mr Holmes, a graduate student who authorities said had his hair dyed red and called himself "the Joker" in a reference to Batman's comic-book nemesis, was due to make an initial court appearance on Monday.

Police declined to say what, if anything, Mr Holmes said to them following his arrest. During an emotional press conference, Mr Oates would not comment on possible motives for the massacre that stunned the community and the nation.

US President Barack Obama called the shootings a reminder that life is fragile and promised that the federal government stood ready to do all it could to seek justice for the "heinous crime."

"Even as we come to learn how this happened and who's responsible, we may never understand what leads anyone to terrorize their fellow human beings," Mr Obama said in his weekly radio and Internet address, which was broadcast today.

Witnesses at the movie theatre told of a horrific scene, with dazed victims bleeding from bullet wounds, spitting up blood and crying for help. Among those taken to hospitals as a precaution was a baby boy just a few months old.

The suspect may have blended in with other moviegoers who wore costumes as heroes and villains, and some witnesses said they believed at first that his appearance was a theatrical enhancement to the film.

The shooting evoked memories of the 1999 massacre at Columbine High School in Littleton, 27 kilometres from Aurora, where two students opened fire and killed 12 students and a teacher.

It also resonated in the US presidential race. Both Obama and his Republican rival, Mitt Romney, toned down their campaigns, pulled their ads from Colorado and dedicated their scheduled events to the victims.

Mr Holmes had purchased the weapons legally at three area gun stores in the last 60 days and had bought 6,000 rounds of ammunition, Mr Oates said.

A law enforcement official who asked to remain anonymous said the suspect had purchased a ticket, entered the theatre and propped open the emergency exit while he slipped out to "gear up" and return armed.

Mr Holmes' family issued a statement of sympathy for the victims, saying: "Our heart goes out" to their loved ones, while they also asked for privacy from the media while they "process this information." 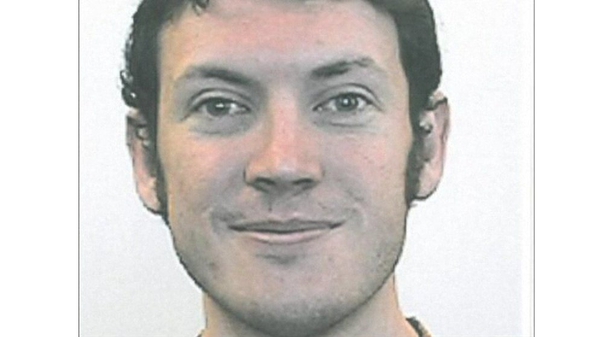