Passengers booked on Aer Arann flights could face disruption from next weekend after the pilots' union IALPA served strike notice on the company in a row over rosters and pay.

IALPA also says that the company has refused to negotiate with the union.

The strike notice will take effect on Friday, 27 July.

Aer Arann confirmed that yesterday evening it had received notification of industrial action from IALPA.

It said this had come as a complete surprise - particularly as it was the first communication received regarding such matters.

The airline said that a speedy resolution was in everyone's interest and assured assured customers that all its services continue to operate as normal at this time.

Union sources declined to comment on the dispute, but it is believed around 100 pilots are involved and that the ballot for industrial action was overwhelmingly in favour.

Aer Arann operates the regional network for Aer Lingus - mainly to the UK - and industrial action would have a serious effect on Aer Lingus passengers to regional airports at a time when customers may be seeking to go to the Olympics in Britain. 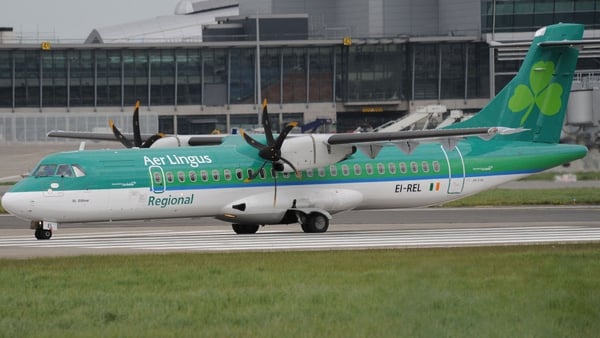