The meeting, which was attended by Ajai Chopra, follows talks in Brussels yesterday between the minister and ECB President Mario Draghi.

They discussed the issue of reducing Ireland's bank debt burden.

Mr Noonan's meeting with Mr Draghi was the first in a series of meetings with high-level figures in the Troika.

He is to meet European Commissioner for Economic and Monetary Affairs Olli Rehn at the end of next month.

The aim is to produce a proposal on Ireland's bank debt in September, followed by a decision in October.

The Troika said last week that Ireland was sticking to the terms of its bailout, but warned that it must keep its spending under control. 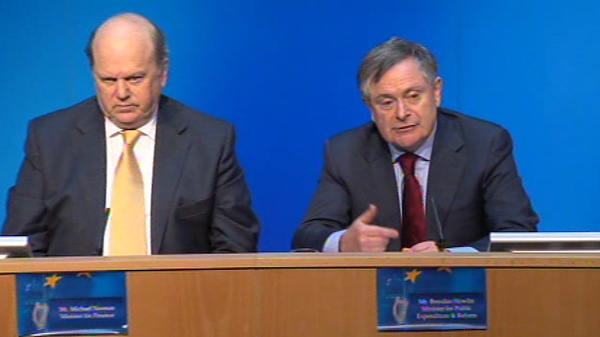