A major re-organisation of the Defence Forces has been announced.

As expected, the number of Brigades in the country is being reduced from three to two.

A ceiling of 9,500 personnel introduced last December is to be maintained.

Minister for Defence Alan Shatter said that role functions will move between locations throughout the country, but no further barrack closures are envisaged in the plan.

The review of army structures was announced as part of last December's Budget.

It was carried out by Defence Forces Chief of Staff Lt Gen Sean McCann and Secretary General of the Department of Defence Michael Howard and does not impact the Air Corps, Naval Service or Reserve.

Currently, there are three Brigades, serving the South, the East and the West.

Under the reorganisation, there will be a Southern Brigade with barracks in Cork, Limerick, Galway and Kilkenny, and a Northern Brigade, which will cover the barracks in Dublin, Athlone, Donegal, Meath and Louth.

The training camp on the Curragh remains outside the Brigade structure.

As already announced, Athlone will no longer have a Brigade Headquarters.

The number of troops there is expected to drop by 96. However, numbers will rise by 87 in Finner in Co Donegal.

It is envisaged that a Dublin Battalion from McKee Barracks will merge with a unit in Rathmines, with nearly 300 troops moving to the south side of the city.

The Air Defence Regiment in the Curragh is being merged into artillery units in Cork and Athlone.

The 4th Infantry Battalion in Cork is being stood down.

Minister Shatter said a central element of the re-organisation was to reduce numbers in administration and to redeploy posts to frontline operational units.

He said numbers had been cut by 2,000 in just over a decade and the number of barracks had been reduced by 20 to 14. 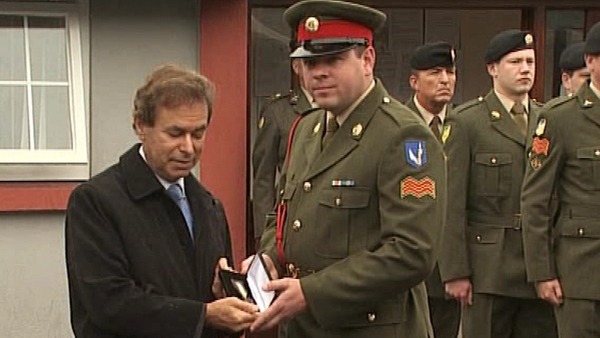