The International Criminal Court has sentenced Congolese warlord Thomas Lubanga to 14 years in jail for using child soldiers in his rebel army.

It is in the tribunal's first such order.

"Taking into account all the factors... the court sentences Mr Lubanga to 14 years in prison," presiding Judge Adrian Fulford told The Hague-based court.

He said the court has taken into account the time Lubanga has already spent behind bars since March 2006, meaning he will effectively spend eight years in prison.

Lubanga, 51, was convicted in March of war crimes, specifically for using child soldiers in his rebel army in the Democratic Republic of Congo in 2002-03, in the ICC's first verdict since it was set up a decade ago.

He was found guilty of abducting children as young as 11 and forcing them to fight and commit atrocities in the DRC's northeastern gold-rich Ituri region.

During the trial prosecutors told how young girls served as sex-slaves, while boys were trained to fight.

Fulford however said that prosecutors had failed to prove the sexual allegations beyond reasonable doubt.

Former ICC chief prosecutor Luis Moreno-Ocampo last month called for a 30-year sentence against Lubanga, saying his crimes were "of the most serious concern for the international community".

Lubanga, who has been detained in The Hague since 2006, is the founder of the Union of Congolese Patriots (UPC) and commander of its military wing the Patriotic Forces for the Liberation of Congo (FPLC). His trial started in 2009.

He had pleaded not guilty to the charges against him. 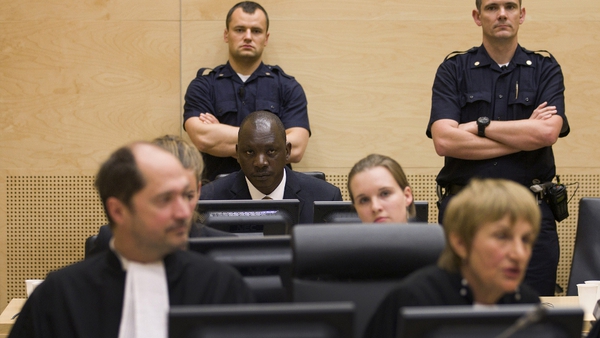