The Florida Institute of Technology has said 89 of the 186 trainee pilots left stranded when their training programme collapsed have signed up for a new training schedule.

The institute, which ran the programme in conjunction with PTC Waterford, is in dispute with the Irish company over the collapse of the course.

The Florida institute has offered all students the option of staying at the flight school to finish their studies, but they would have to pay many more thousands of euro to do that.

Many of those who have decided to stay are sponsored by airlines who will pay their fees. However, 25 of them are self-paying trainees, according to the Florida institute.

Most of the Irish students are in the process of heading home, dismayed by the turn of events and worried about the tens of thousands of euro they have already paid.

Meanwhile, the Minister for Transport has announced his department will pay for up to 36 of the trainee pilots to return home.

The Irish Airline Pilots' Association has requested assistance from Aer Lingus for the returning trainees.

The Waterford company that organised the training programme did not answer calls today, but last week it admitted it was having trading difficulties and blamed the Florida institute for the problems. 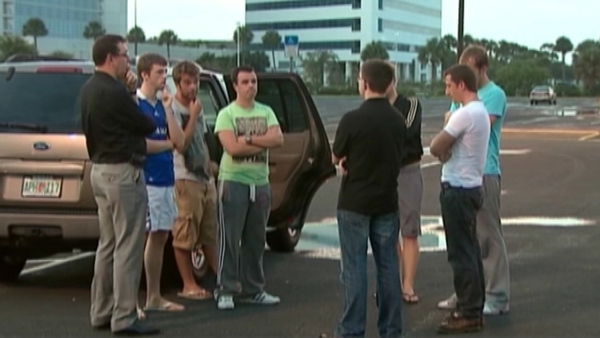