A man in an Afghan police uniform has killed three NATO personnel in the war-torn country's troubled south, the coalition said.

The deaths take the toll this year in "green-on-blue" incidents - in which Afghan forces turn their weapons against their Western allies - to at least 26, in a total of 18 such incidents.

In keeping with its usual policy, NATO's International Security Assistance Force (ISAF) gave no further details of the incident and did not reveal the nationality of the victims.

The Afghan Civil Order Police was set up in 2006 as an elite riot control force.

The attack comes nearly two weeks after three men in Afghan police uniforms killed a soldier with the US-led force, also in the south.

An increasing number of Afghan troops have turned their weapons against NATO soldiers who are helping Kabul fight a decade-long insurgency by hardline Taliban Islamists.

Some of the assaults are claimed by the Taliban, who say they have infiltrated the ranks of Afghan security forces, but many are attributed to cultural differences and antagonism between the allied forces.

NATO has around 130,000 soldiers fighting alongside some 350,000 Afghan security personnel against the Taliban-led insurgency, but they are due to pull out of the country in 2014.

The Western coalition is to hand over security to local forces by mid-2013 and will play a support role up to the final withdrawal by the end of the following year. 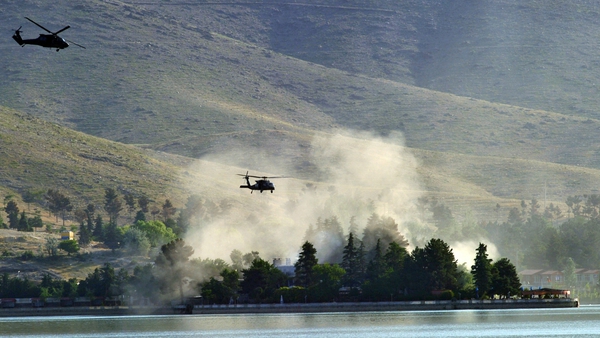