Ulster Bank has said it is now likely that it will take until the end of the week to clear a backlog in unprocessed payments.

CEO of RBS's corporate banking division including Ulster Bank Chris Sullivan has said that they are not exactly sure how fast the backlog will be cleared.

Ulster Bank's customers and those of other banks are continuing to face difficulties with their accounts due to a technical problem.

20 Ulster Bank branches were open until 1pm today to facilitate account-holders with urgent business and queries.

The bank has said that staff have been working around the clock to clear the backlog.

It said it has fixed the original technical issue but that it is having difficulties clearing the backlog in unprocessed transactions.

It is the fifth day of this disruption to Ulster Bank services. A small number of ATM and online services have also been interrupted according to the bank.

The problem originated with Ulster Bank's parent group the Royal Bank of Scotland, and has also affected Natwest in the UK. 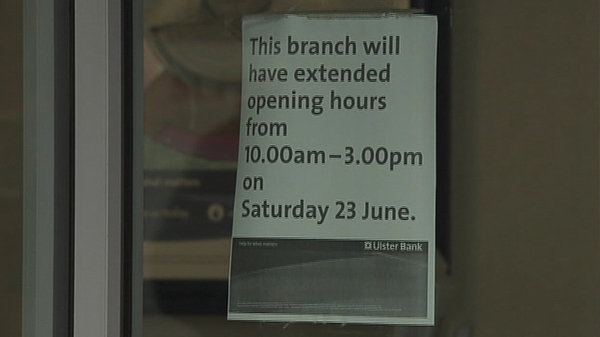