It said it would stand by a decree limiting the new president's powers, which many see as prolonging military rule.

As thousands of mainly Islamist protesters gathered for weekly prayers on Cairo's Tahrir Square, the army said people were free to protest as long as they did not disrupt daily life.

But it flatly rejected their demands that it rescind the dissolution of parliament and an order giving itself more power.

The move was justified "during this critical period" for the good of the country, the Supreme Council of the Armed Forces (SCAF) said in a statement.

Criticising the candidates, it said: "Anticipating the announcement of the presidential election results before they are announced officially is unjustifiable and is one of the main causes of division and confusion prevailing the political arena."

Muslim Brotherhood candidate Mohammed Mursi announced within hours of polling ending on Sunday that he had won by four percentage points.

His rival, former general Ahmed Shafiq, challenged that and today made a broadcast speech in which he said he was confident of victory.

A delay in publishing results, due to have been announced yesterday, has heightened tension after a week in which many have accused the ruling generals of reneging on a promise to hand over to civilian rule by July.

Responding to complaints, the council said: "The issuance of the supplementary constitutional decree was necessitated by the needs of administering the affairs of the state during this critical period in the history of our nation."

The decree gives the parliament's powers over legislation to SCAF and also a potential role for the council in drafting a new constitution.

The SCAF made clear the army view that the dissolution of the Islamist-led parliament elected in January was entirely due to a review by the judiciary, which found the election rules unconstitutional.

"The rule of law is the basis of governance in the state," it said.

"The state shall be subject to the law and independent judiciary, whose independence and immunity are two basic guarantees to safeguard rights and freedoms."

Critics complain that the judges on the court were appointed in the Hosni Mubarak era and so are not independent. 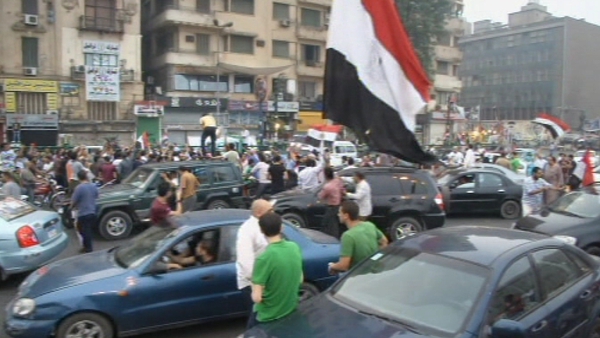